60 per cent of British and Irish eventgoers discover nightlife on social media, double those who use mailing lists, its nearest competitor 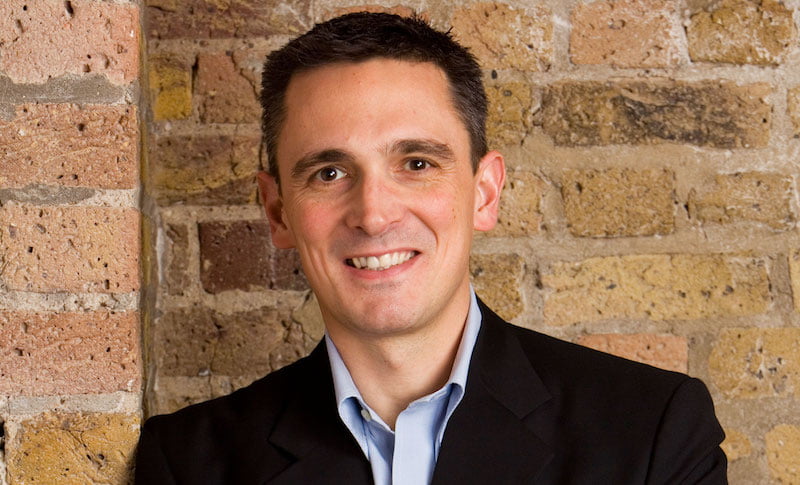 Social media is twice as important as its nearest rival for the marketing of nightlife events in the UK and Ireland, reveals new data released by Eventbrite.

The self-service ticketing/registration platform surveyed 2,500 people in the British Isles and found that 60 per cent of those surveyed heard about night-time events via social media. Social platforms eclipse all other channels for event marketing: nearly one-third (32 per cent) of those asked said they discover nightlife events through contacts they follow on social media and a similar level (28 per cent) cited social media advertising as being key to discovery.

Almost a quarter (23 per cent) of people discover events via newspapers and magazines, and 15 per cent through billboards and posters.

An infographic detailing the results is below (right-click and select ‘open image in new tab’ to see it full size). 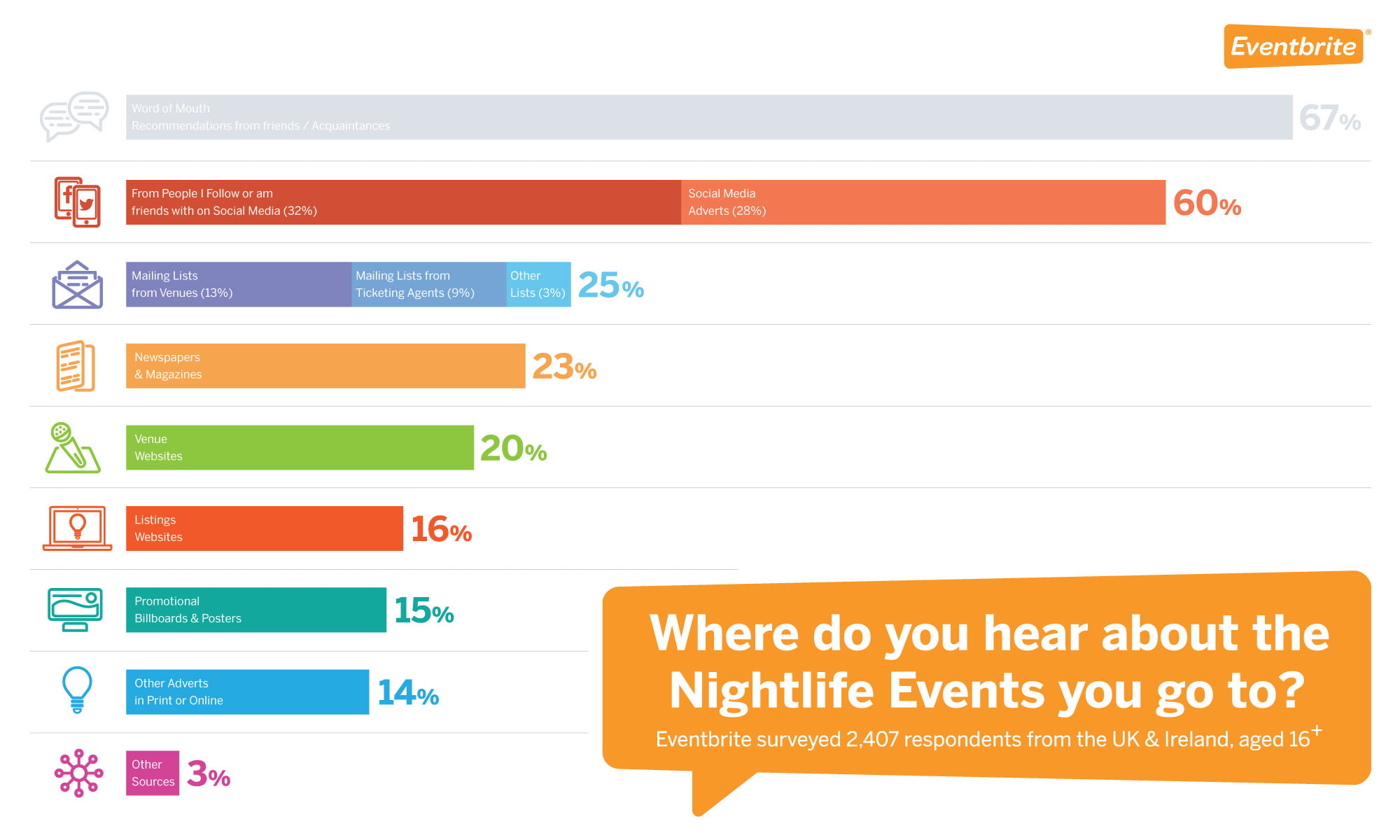 “While we’ve long known about the importance of social media in event creation and marketing, we’re impressed by its sheer dominance over other media when it comes to people discovering nightlife events, vastly beating mailing lists, venue and listings websites and traditional print media,” says Marino Fresch, marketing director for Eventbrite UK and Ireland. “As bars, clubs, restaurants, cinemas and theatres explore more and more creative and inventive ways to increase their night-time trade, it’s clear that combining social assets with word of mouth is the most powerful approach. Email marketing remains a key tool, but it has to be used as part of an integrated approach.”

The study also revealed, unsurprisingly, that free events are the most popular: 34 per cent of people go to at least one free, unticketed event per week, compared to a still healthy 29 per cent for ticketed events.

Londoners are more adventurous than the rest of the UK, with 19 per cent going to two or more paid ticketed events per week (compared to 11 per cent in both countries overall).

Other findings include that 71 per cent of people visit live events “to spend time with friends”, and that the Irish spend more on alcohol on an average night out but the same as the UK for entry tickets, food, transport and soft drinks, with both countries racking up an average night out cost of £35 to £80.