A "dazzling redesigned set", "no shortage of surprises" and, er, his first gig in Fresno will be among the highlights of the One on One tour 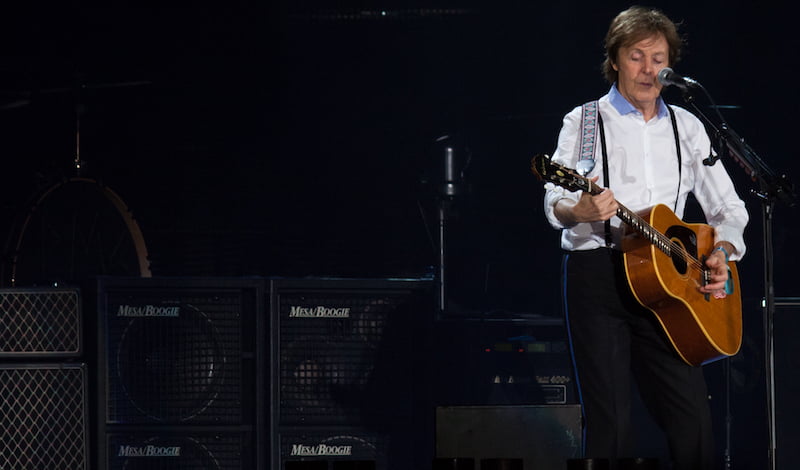 Proving once again that you’re only as old as you feel, Paul McCartney is going back on the road.

The One on One tour, the ex-Beatle’s 14th solo concert tour, will kick off with McCartney’s first gig in Fresno, California, at the SaveMart Arena on 13 April, and take in at least six other dates in the US and Canada (including more firsts with gigs in Sioux Falls, South Dakota, and Little Rock, Arkansas) and three in Germany.

According to McCartney’s website, the tour will feature a “dazzling redesigned set, dozens of classics from the most beloved catalog [sic] in popular music, spanning Paul’s entire career […] and no shortage of surprises”.

Tickets are on sale for the German dates – at the Esprit Arena, Dusseldorf, on 28 May, Munich Olympic Stadium on 10 June, and Waldbuhne amphitheatre, Berlin, on 14 June – at 9am local time this Saturday (12 March). North American fans can buy tickets on Monday (14 March) from 10am local time.