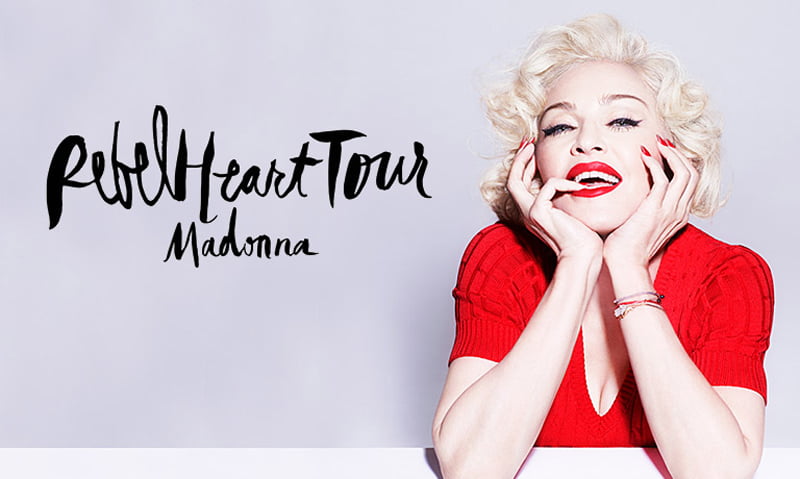 Madonna has extended her record as the world’s highest grossing solo act, with the end of her Rebel Heart global tour boosting those earnings to more than $1.3 billion, according to Billboard’s Boxscore.

Billboard reports that Rebel Heart, which had its final show in Sydney on 20 March, grossed $169.8 million from more than 1m ticket sales over 82 performances. The tour visited four continents, with the top-grossing venue being the Saitama Super Arena in Tokyo market with $9.6 million earned at sold out shows on 13 and 14 February.

However, her claim to the Boxscore solo crown may be short lived, as Bruce Springsteen is back out on the road and could regain the title by the conclusion of The River Tour in July, with nearly 40 shows between now and then, including a slew of European stadiums.

As the Boxscore history only dates back to 1990, Springsteen and Madonna have been leapfrogging each other in recent years. As things stand, Madonna is currently third in the all-time list of top grossing acts on the Billboard Boxscore chart, lagging behind The Rolling Stones ($1.84bn) and U2 ($1.67bn).

According to the chart, Madonna is one of only six acts who have topped the $1bn mark in overall concert grosses since 1990.