Live music worth £123m to Bristol, but venues struggling

Over 900 Bristolians rely on the concert business for their livelihoods, finds a new report, but half of venues are under pressure from development 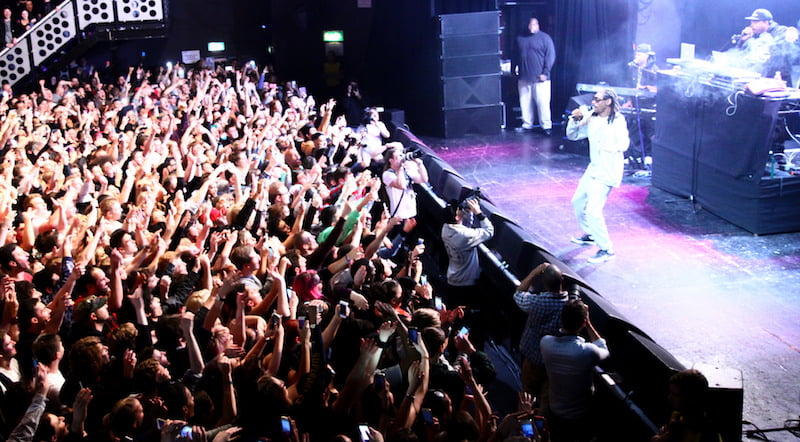 The two organisations, both backers of the Music Academic Partnership, say “recent concerns about the future of live music venues in the UK” promoted the census of audiences and venues in Bristol, which, with 94 music venues, is “a city known for its vibrant and influential live music scene”.

Despite such strong numbers, the census also revealed that 50 per cent of Bristol venues have been affected by development, noise or planning issues, posing “a huge threat to the future of this vibrant ecosystem”.

The report is the result of a census of audiences at live music events on the night of 22 October 2015 at venues across Bristol; three online surveys answered by Bristol musicians, venues and audiences; additional information from venues; and economic data drawn from ticketing data held by UK Music.

Teresa Moore, a Bucks New University faculty member and A Greener Festival director who headed the research, says: “Bristol has a vibrant and exciting live music scene at grassroots level but our research found that the unintended consequences of changes to planning legislation have created a real threat to the future of small venues, which are central to the city’s future.”

“The unintended consequences of changes to planning legislation have created a real threat to the future of Bristol’s small venues, which are central to the city’s future”

Jo Dipple, the chief executive of UK Music, adds: “For more than 40 years, Bristol has been home to some of the most influential and culturally relevant British musicians, including Massive Attack, Robert Wyatt, Tricky, The Pop Group and two Mercury Prize winners in Portishead and Roni Size. Bristol’s vibrant grassroots live music scene has been a bedrock of a rich musical lineage. Our research, however, also shows that 50 per cent of Bristol venues are threatened by development and planning issues. Given the contribution to the wider economy, it has never been more important to address such issues critical to grassroots music. The success of Bristol’s music scene is a barometer for the wider creative economy.

“We hope that the Bristol census conducted by Bucks New University will help form a blueprint for future studies of music cities and towns throughout the UK. We will continue to make the case for agent of change to Government and also seek to better understand the vital ingredients for sustaining our vibrant live music scenes across the UK for years to come.”

The adoption of the agent-of-change principle would mean that the business or person responsible for any change in the area surrounding a music venue is responsible for managing the impact – for example, housing developers paying for the soundproofing of existing venues in order to prevent noise complaints. (The same would also apply to a new music venue opening in a residential area.)

Last month the owners of two of Aberdeen’s most popular music venues, Downstairs and Krakatoa, wrote to the city council to ask for protection under the agent-of-change principle of the city’s live music venues.