Rapino, Geiger, Paris and an all-new IPM: The 28th International Live Music Conference, as seen through the eyes of IQ 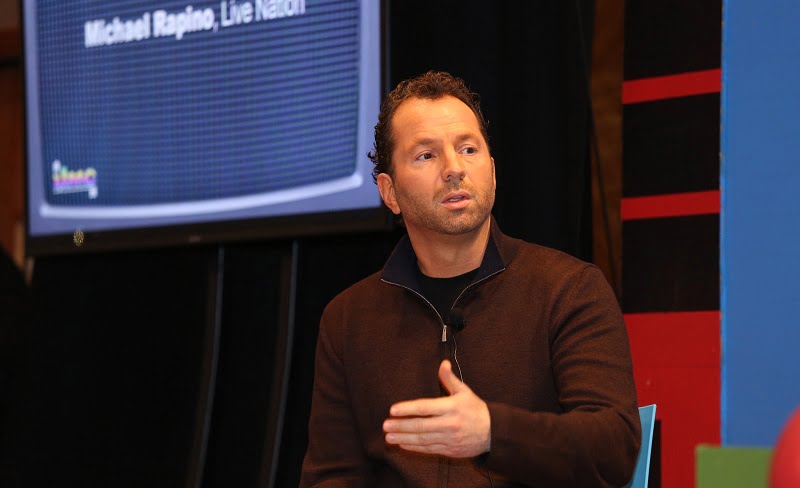 The 28th International Live Music Conference (ILMC) took place from Thursday to Sunday, welcoming more than 1,000 delegates to the Royal Garden Hotel in Kensington for four days of meetings, panels, workshops, networking and events relating to the global concert and festival business.

With a theme of classic video games, ILMC 28 levelled up with a host of new innovations, including a new private networking area for delegates opposite the Royal Garden Hotel in The Goat pub, a widening of the bursary scheme that was introduced last year to nurture young executive talent, a new summit for all key international live music associations and an increase in tech-focused conference elements, including workshops with Google and Twitter.

If you were there, we’d love to hear your highlights – but for those who couldn’t make it, here’s the best of the conference, as chosen by IQ…

IPM flies the nest
For its ninth year, the ILMC Production Meeting (IPM), which brings together around 200 of the world’s most renowned production managers, sound and lighting engineers, venue personnel, suppliers and other production professionals, moved down the road to the Copthorne Tara Hotel in Kensington to accommodate the growing number of delegates eager to participate.

The price is wrong
ILMC managing director Greg Parmley launched the conference proper by sharing the stage with Live Nation president and CEO Michael Rapino, who hammered home the theme that artists need to be braver in how they price the house.

Rapino said that not maximising this means that the secondary market will be out of the full control of both live companies and governments. “If you spent $4,000 to buy a ticket, we should be kissing your ass!” he said of those fans prepared to pay a high price for front-row seats. “You are a really committed fan.”

Rapino went on to say that on the one hand, acts are still quite scared to charge high sums for front-row seats and less for seats at the back – “that’s generally not a good brand position,” he said – and on the other hand still be upset that secondary ticketing companies are profiting from it. He agreed this controversial topic was a difficult thing to fix and suggested that the live business has had to fight fire with fire.

Read a full report from the Q&A with Michael Rapino here.

Here be dragons
Offering an intimate audience with industry legends, ILMC’s The Dragon’s Den sessions rarely disappoint, and this year was no exception. The first, with German live music pioneer Ossy Hoppe, saw the Wizard Promotions founder regale attendees with a much-condensed version of his fascinating life story, from humble beginnings as the world’s youngest elephant trainer to joining Lieberberg and Avram’s MAMA, nearly killing Ian Gillan as Deep Purple’s road manager and promoting the biggest concert in German history with Böhse Onkelz.

The second put industry legend Michael Gudinski in the hot seat, with the outspoken Australian label boss-turned-concert promoter discussing offering 360° deals before the term had even been coined, the “critical move” of signing Kylie Minogue, giving unsuspecting employees “enough rope to hang themselves” and loyalty (or the lack thereof) in the live music business.

Safety in numbers
This year’s Show Safety panel was, unsurprisingly, dominated by the attack on the Bataclan and its ramifications for concert security.

You could hear a pin drop as Salomon Hazot and Arnaud Meersseman, both from Nous Productions, which promoted the Eagles of Death Metal concert on 13 November, relived the moment the terrorists opened fire. Steve Strange of X-ray Touring, who represents the band, was in Birmingham when the attacks took place. He said he felt “helpless” and blamed himself, but later realised “it could have been any city, any venue, any band”.

Malika Séguineau from French venue, festival and promoters’ association Prodiss recalled the measures taken by the French government to help the live sector, which included a €4m fund to cover the losses. “In the days following the attack ticket sales fell 80 per cent,” she said. “Four weeks later attendance was back to normal.” Hazot, however, disagreed, stating: “Business is not back.”

Read a full report from the Show Safety session here.

Describing the rise and fall of pioneering direct-to-fan platform ARTISTDirect, he said: “We were sending about 25 million emails a month.” He added that the company was involved in the first fans’ pre-sales “because we had this huge database that told us who the fans were.”

When the tech market collapsed, Geiger was hit hard. “Last week I was worth $100 million, [then it was] minus $10,” he said. “One CEO told me, ‘Now you’re ready’, and he’s right. I couldn’t do what I’m doing today if I hadn’t gone through all that. I had to sell my house and my car and downsize everything. I looked at the agency business. It was the last thing I wanted to do, but I could see that it was going to grow.”

Revealing he was $2m in debt, Geiger said it took seven years to recover financially, but he agreed with Bicknell that some of the happiest times of their lives were when they had nothing.

Read a full report from the Breakfast Meeting here.

Of course, the above picks are just a small fraction of what ILMC 28 had to offer, but with almost 30 panels, workshops and other events across its four days – including sessions covering controversies around performance royalties, whether the EDM market is heading for a bust, technological disruption in ticketing, whether morals should come into the relationship between agent and promoter and much more – even Team IQ couldn’t hope to cover everything.

A comprehensive review of the entire event is available at 28.ilmc.com/report, while a gallery of potentially incriminating photos (including the standard smattering of bleary-eyed early-morning karaoke snaps) can be viewed on the ILMC Flickr account.