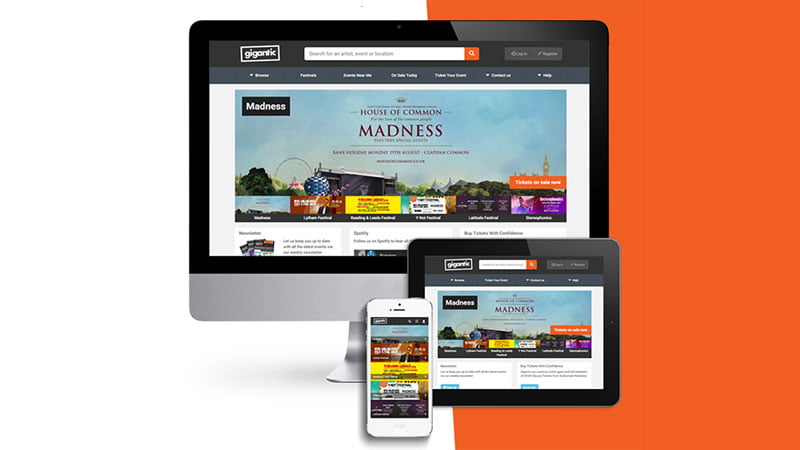 UK-based primary ticket agency Gigantic Tickets went live with its new, responsive website, described as “a proactive development to the new trends within ticket purchasing”, on 7 May.

“Month on month the percentage and trend of mobile transactions is increasing,” says company founder Mark Gasson. “Our new website has been designed and developed in house with an emphasis on a fully responsive checkout, making it simpler for customers to checkout wherever they are and on whatever device they are using.”

It is hoped that with the site, which features a simple, uncluttered design that allows the showcasing of more events, will attract more visitors. More social features will be added in the future.

Gigantic CTO James Woodward says of the development: “Our biggest challenge was cross-device compatibility and ensuring the same user experience for all of our customers. All of our developers and clients have been testing the site and we have received really positive feedback.”

Nottingham-based Gigantic is the exclusive ticket agent for Y Not Festival, Tramlines and Truck Festival, and has in the past month sold tickets for V Festival, Stereophonics, Madness, Bruce Springsteen and Ludovico Einaudi.