Chase & Status at Taubertal 2013 in Germany

The 1975, Bryson Tiller and Miguel are among the acts join Harris on Friday 8 July, with J. Cole, Krept & Konan and Sigma playing on the Chase & Status-headlined Saturday and Boy Better Know, Jess Glynne and Action Bronson performing before Norwegian DJ Kygo on Sunday 10 July.

Reaction so far has been mixed, with many decidedly unimpressed by the strength of the line-up – comments by Twitter users include: “wtf is a kygo? wireless may as well have put the line up on April 1st because this is a joke” [sic] and “Wireless might as well not even have gates this year, nobody is breaking in to see Jess Glynne”.

More acts are still to be announced. 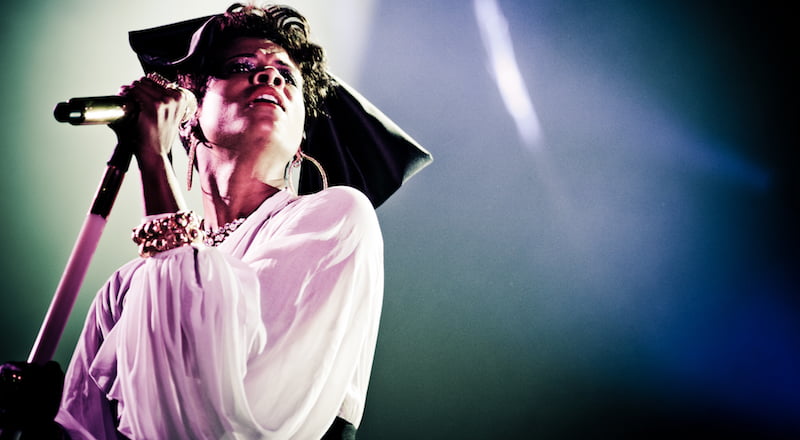 Kelis will perform at at least four British festivals this summer: already confirmed for Standon Calling and Forgotten Fields in Royal Tunbridge Wells, since last week’s Festival Focus it has emerged she will also play Kendal Calling in the Lake District and Sheffield’s Tramlines, both in July. Newly announced acts joining her at the former include Maxïmo Park and Donovan, while Jurassic 5, Mystery Jets and Supergrass’s Gaz Coombes are confirmed for Tramlines. (Kelis photo by Kmeron on Flickr.)

Festival Republic’s Latitude revealed its first headliners last week. Indie five-piece The Maccabees will play their first major festival headline show on Friday 15 July, with The National topping the bill on Saturday – a UK exclusive – and New Order bringing Sunday to a close.

“Latitude is the first major headline slot in our 14-year existence and the culmination of the year spent touring [fourth album] Marks to Prove It,” says The Maccabees’ Felix White. “We’re intending on it being a celebration of it all. See you there.” 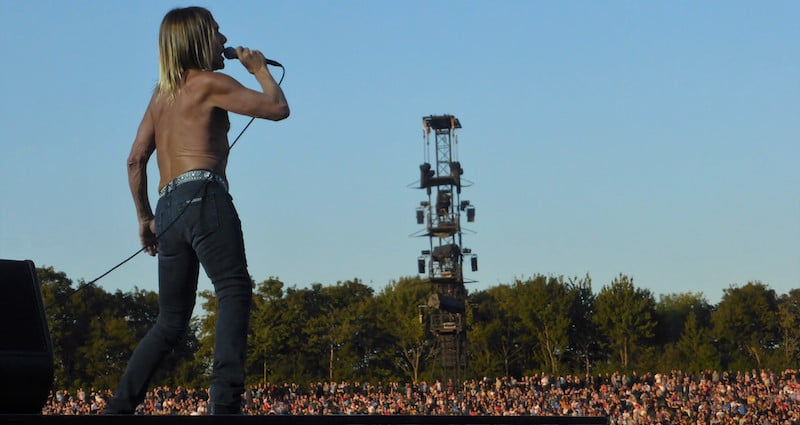 Going up against Latitude in the third weekend of July is Positivus, the Baltic region’s biggest festival, which has signed Iggy Pop and M83 as headliners for its 10th edition, joining previously announced Ellie Goulding. Glastonbury headliner Muse will play A Campingflight to Lowlands Paradise – better known simply as Lowlands – in August. It’s not yet known which day of the festival, held from 19 to 21 August in the Dutch village of Biddinghuizen, the British band will be playing, but they’re in good company: other confirmed acts include Disclosure, LCD Soundsystem, The Last Shadow Puppets, Foals and Sigur Rós. (Matt Bellamy/Muse photo by Galaxy FM.)

Finally, in case you missed it yesterday, Carole King will headline AEG Live’s British Summer Time (BST) festival in Hyde Park in London on 3 July, performing her seminal 1971 album Tapestry in its entirety for the first time. Other headliners are Massive Attack (on 1 July), Florence + the Machine with Kendrick Lamar (2 July), Mumford & Sons (8 July) and Take That (9 July).