Creamfields, Glastonbury and ArcTanGent also feature in IQ's weekly round-up of all the latest developments this festival season 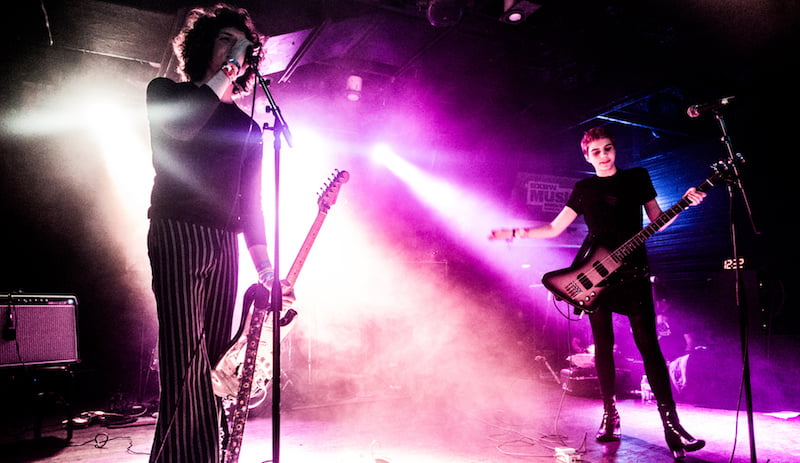 Bestival today unveiled the line-up for its “cathedral of cutting-edge sounds”, the Invaders of the Future stage.

“Yup, we all love a stonking big headliner […] and huge DJs and bands that have sold millions of records smashing it on our stages,” says festival promoter Rob da Bank, “but mostly where you’ll find me across the weekend at Bestival is in our Invaders stage checking out the new bands.

“Once more we’ve gone mentally diverse, from Radio 1 and SxSW darlings Danny L Harle, Pup and Sunflower Bean through the amazing Eska and a takeover from the hottest label out there, PC Music, to local island talent Born Ina Barn and Xockha. See you down the front!”

Other up-and-coming acts appearing on the Invaders of the Future stage, which had previously hosted early performances by Sam Smith, Alt-J, Kate Tempest and Ed Sheeran, include Fatherson, Subgiant, The Wytches, The Sherlocks, Haelos and Pretty Vicious.

Canadian post-rockers Godspeed You! Black Emperor will make their only UK festival appearance this year at ArcTanGent (ATG). The Papercup Productions-promoted event takes place from 18 to 20 August in Cheddar (the town in Somerset, not the cheese).

“Godspeed headlining ArcTanGent is going to be incredible,” says organiser James Scarlett. “We’re giving them a two-hour set and their full production which includes some awesome visuals. The ATG Arc Stage is already a magical setting for post-rock and math rock fans but this will take it up another level, for sure.” (Godspeed You! Black Emperor photo by Kmeron on Flickr.)

Mysteryland has announced the first wave of performers for its 2016 Dutch edition, taking place in Haarlemmermeer on 27 and 28 August. Afrojack, Diplo and Martin Garrix will headline the SFX-owned dance music (EDM) event, with DJs and artists including Dave Clarke, Gorgon City, A-Trak and Robin Schulz also on the bill. More acts will be announced closer to the festival. (Martin Garrix photo by ANSPress Society News.)

FYF Fest, which rather suffers from RAS syndrome (the “FYF” stands for “Fuck Yeah Fest”), is produced by AEG Live-owned Goldenvoice, the promoter behind Coachella, and takes place at Exposition Park in LA city centre. (Grace Jones photo by Bruce [kingArthur_aus] on Flickr.)

The UK’s biggest dance music festival, Creamfields, has added Martin Solveig, Sigala, Riton, Malaa, Lee Walker and a Chase & Status DJ set, to its 2016 line-up. The new acts join EDM superstars such as Calvin Harris, Tiestö, Axwell & Ingrosso, Alesso, Jack Ü, Hardwell and Sasha, as well as Avicii, who is playing his “last-ever UK performance” on 27 August following the Swedish DJ’s decision to retire from touring at the end of this year.