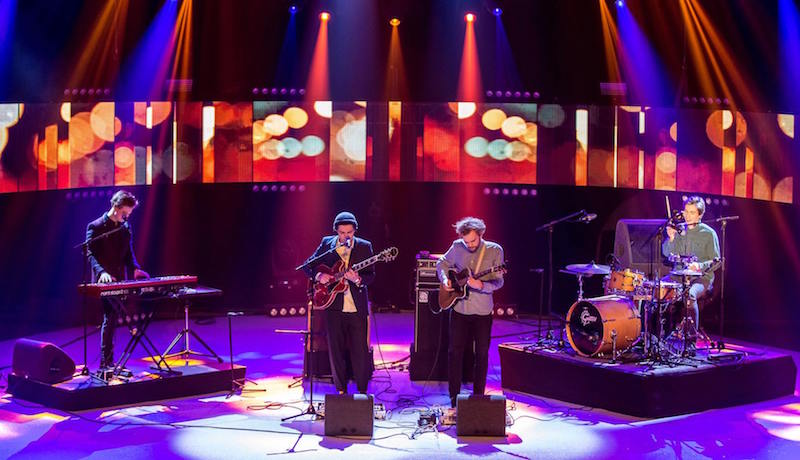 The Great Escape (TGE) has chosen Latvia and Lithuania as its 2016 country partners.

In partnership with Music Export Latvia and the Lithuanian Music Business Association, the Brighton showcase festival will feature on its line-up “the very best of up-and-coming Baltic talent”, including Without Letters, who “bring together tenacious techno beats and psychedelic twists in an eclectic mix of surreal sound”; the “cabaret-tinged acoustic tones” of Alina Orlova; the “feel-good indie awesomeness” of European Border Breakers Award-winning Carnival Youth; and “weird and wonderful” avant-pop duo Howling Owl.

Lithuanian Music Business Association director Vaidas Stackevičius says: “The Great Escape caught us by surprise offering to focus on our countries; we hadn’t expected it to happen so quickly. But this is what The Great Escape is all about: discovering new talents, exploring new territories and delivering surprises. We are very proud and look forward to being the lead country focus together with Latvia at the festival for new music.”

Agnese Cimuška, CEO of Music Export Latvia, adds: “The Great Escape was one of the first music industry events Music Export Latvia took part in. It was only three years ago, and now to be one of the focus countries shows that we have made our mark very quickly. It was possible because of the open-minded people working at The Great Escape. We appreciate their trust in us, our industries and talents.”

“This is what The Great Escape is all about: discovering new talents, exploring new territories and delivering surprises”

The MAMA & Company festival has also announced partnerships with independent film festival Raindance, which will screen new music films including Suede’s Night Thoughts and Scottish post-punk documentary Big Gold Dream in the Bosco Theatre, and label Ninja Tune and DJ agency Decked Out, which will launch the first ‘The Late Escape’, an evening showcase of EDM producers and DJs.

Over 400 bands and artists will play 35 venues at The Great Escape 2016, which runs from 19 to 21 May. The festival announced its third wave of over 150 acts, including The Joy Formidable, Black Honey,Formation, Eagulls, Stormzy, Money, Let’s Eat Grandma, Eska, Porches, Rag ‘n’ Bone Man and Craig David DJ project TS5, late last month.

The Great Escape Convention, which runs alongside the festival and brings together 3,500 music industry delegates, has also revealed the first details of its agenda, which includes a ‘DIY programme’ on Saturday 21 May, hosted by CMU’s Chris Cooke, Dice’s Jen long and DJ/producer John ’00’ Fleming, which will focus on artists ‘going live’, asking how singers, bands, rappers and DJs/producers can stage gigs and what digital channels they should use ensure they can take audiences with them after the show.