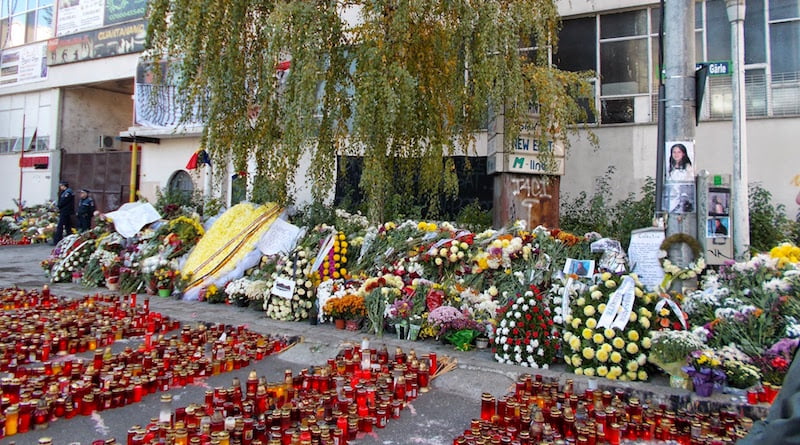 Floral tributes outside the Colectiv nightclub in Bucharest

A 21-year-old man has succumbed to injuries sustained in the Colectiv nightclub blaze in October, bringing the death toll to 64.

The fire occurred on 30 October during a free concert by metalcore band Goodbye to Gravity, whose pyrotechnic fireworks ignited the Colectiv’s inflammable soundproofing foam. In addition to the 64 dead, 147 people were injured.

The accident – along with, to an even greater extent, the shooting at the Bataclan less than two weeks later – triggered an extensive debate around concert safety, with many venues worldwide reevaluating their security policies with a view to preventing any further tragedy. The gripping show safety panel was one of IQ’s highlights of ILMC 28.