Brussels: Carey cancels but no fear for Hallyday 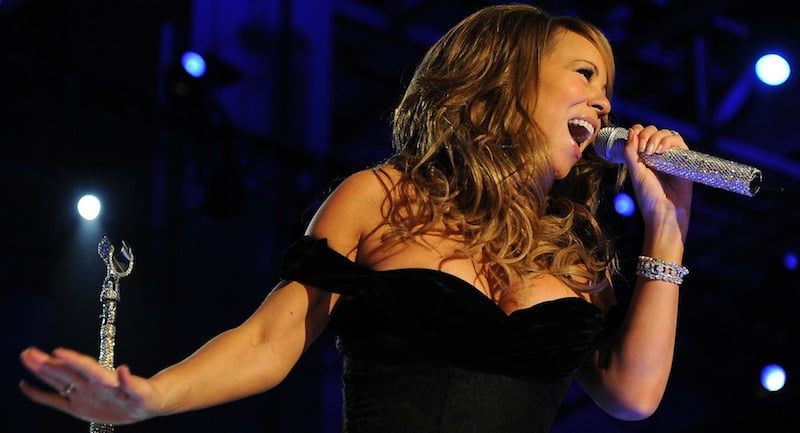 As Brussels recovers from the deadliest act of terrorism in Belgian history, two artists booked to play the city in the aftermath of last Tuesday’s suicide bombings have taken very different approaches to personal security.

American singer Mariah Carey, currently touring Europe on the 27-date Sweet Sweet Fantasy trek, called off a scheduled appearance at the 8,000-capacity Forest National arena on Sunday (27 March), citing security concerns. (The venue had previously announced that all concerts would go ahead as planned.) Carey (pictured) wrote on Twitter: “I love my fans in Brussels and at this time I am being advised to cancel my show for the safety of my fans, my band, crew and everyone involved with the tour.”

I love my fans in Brussels and at this time I am being advised to cancel my show for the safety of my fans, my band, crew and everyone…

…involved with the tour. I hope to see you soon and send my prayers and eternal love, laughter and light to my Lambs.

(‘Lambs’ are, for the uninitiated, fans of Carey, and part of her ‘Lambily’.)

However, French singer Johnny Hallyday – also playing Brussels last weekend, as part of his Staying Alive tour – appeared to receive no such advice: the ‘French Elvis’ took to the stage at the Palais 12 on Saturday and Sunday to chants of “Johnny, Johnny, Johnny!” and a “deafening roar of approval”, reports AFP.

Although security at the 18,000-capacity Palais 12 was strengthened significantly – the venue had three times the normal amount of staff, and police and soldiers were deployed at entrances and exits – the mood in the audience was reportedly positive: one gig-goer, Lindsey told AFP, “If we give in to panic, we’d never go anywhere anymore. I’m not worried, I trust the security services – and Johnny!”, while another, Michel, said he had come to the concert to “forget this terrible week”, but added: “When you see Johnny, you’re not afraid anymore.”

At least 35 people were killed and over 300 injured on 22 March when suicide bombers attacked Brussels Airport and the Maalbeek metro station.

The bombings, for which the Islamic State (IS) claimed responsibility, came just four months after the attacks on Paris, which, in the wake of the massacre at the Bataclan, sparked a debate around concert security and led to a number of venues increasing security on the door.