What would Brexit mean for the live music biz? 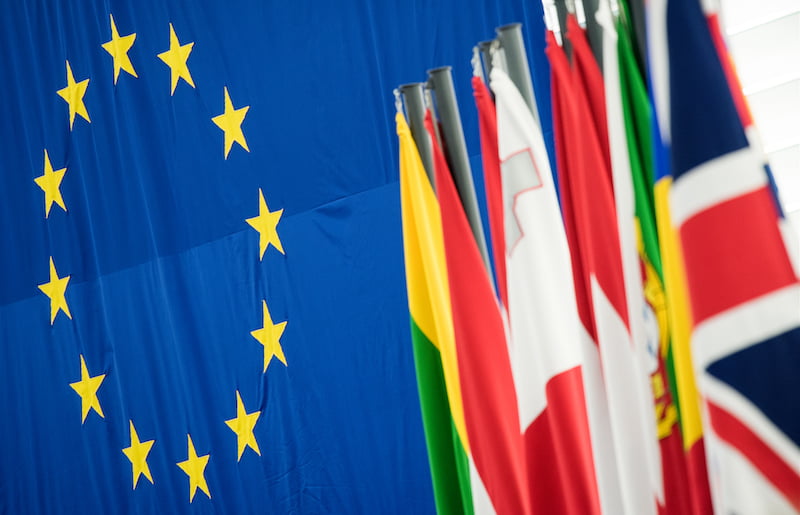 As the referendum on the UK’s membership of the European Union (EU) draws ever closer, thoughts are increasingly turning to the consequences for the live music industry in both Britain and continental Europe in the event of a ‘leave’ vote on 23 June.

Adrian Whitmarsh, director of Premier Aviation, which has chartered aircraft for touring musicians for over 25 years, says a British exit – or ‘Brexit’ – would have a “major impact” on Britain’s business aviation industry. He explains: “All EU aircraft commercial operators have the automatic right to operate and trade between any EU states, and even domestically within all EU states – for example, a UK operator can carry out domestic flights within Germany.

“Additionally, the EU has negotiated common bilateral air services agreements with non-EU countries so that, for example, a UK operator can operate commercial flights from any EU state to the US. So, if the UK comes out of the EU these opportunities will likely be denied to UK operators and business would move to other EU operators.”

This would have the knock-on effect of making tours more expensive, says Whitmarsh, as well as leading to job losses at all stages of the supply chain: “It is likely that we will see UK operators move their aircraft from the UK register to an EU state, along with their air operators’ certificate. This would definitely mean a loss of revenue for the UK Civil Aviation Authority and a loss of jobs for British flight crews, airports, ground handling companies, catering companies, maintenance companies, etc. It could also mean problems with obtaining flight permits for tours between the UK and EU states and other non-EU countries. This could push up the price of chartering flights in and out of the UK and thus increase tour costs.”

Tour/production manager Tony Gittins, who has worked with Faithless, Simple Minds, Depeche Mode and Paolo Nutini, believes the effects of Brexit would largely depend on the behaviour of the 27 countries left in the diminished EU. “I don’t think it would affect the entertainment industry overly, depending on how far the European countries go towards making it difficult,” he tells IQ. He adds that “if they decided to start putting back border controls and implementing visas, that would considerably slow us down” but says it’s “doubtful” that would be the case.

“They could, however make it difficult by sending inspectors to shows to inspect UK crews’ visas and carnets [customs documents which allow the tax-free temporary importation of equipment],” he continues, “all of which would cost a lot more valuable time and effort.”

“I think the biggest thing for me as a production manager would be the addition of a carnet for every show outside the UK,” agrees Joel Stanley, Major Lazer’s production manager. “Currently we only ever have to show proof of ownership with the bond and have it stamped in and out if we go outside of the EU – mainly Switzerland – but [post-Brexit we’d need a carnet] even for a one-off show in France.”

Gittins also highlights the inconvenience of “non-EU queues for immigration, and visas for UK crew arriving at airports, which, again, would be a waste of time when travelling on tight schedules”. (Although it’s worth noting that citizens of Switzerland and other European Free Trade Association countries are generally allowed to join the ‘EU’ queues in EU airports, and a newly independent Britain would almost certainly remain part of the European Economic Area.)

“I don’t think Brexit would affect the entertainment industry overly, depending on how far the European countries go towards making it difficult”

Rogier Lecluse, operations manager for Saan Trucking, a Dutch logistics outfit which recently moved its headquarters to Romania, says British trucking companies, already hit by unfavourable exchange rates, will likely find their profit margins cut even further post-Brexit. “As we all know, the heart of the EU music industry is the UK,” he says, “but given the fact that we see [artists touring more and more] the exchange rate is becoming even more important. When earnings are made in euros, but expenses [are paid] in pounds – tractors, trailers, drivers – the cost level for the production will go up. With Brexit this will go up even more.”

However, he believes the UK’s domestic live music market will carry on as normal: “The local concert business will not be affected too much, I assume, by Brexit, as the money is made in pounds and the expenses as well. Only when it comes to international touring will it affect the pricing.”

An interesting consequence of the Brexit debate has been the strengthening of independence movements in other Eurosceptic corners of the EU, including in the Czech Republic, where a Czech exit (‘Czexit’) has been mooted by the country’s prime minister, Bohuslav Sobotka.

That’s not something Radim Janoušek, managing director of Prague-based production company T Servis, would welcome: “We do a lot of work outside the Czech Republic, which is [currently] quite easy to do,” he comments. “If we leave the EU that might make it more difficult, so that would be much worse for us…”

“Exiting the EU doesn’t mean that we are going to close the borders to foreigners, nor does it mean that Europe will close its borders to Britons travelling to or through their country”

Janoušek adds that the Czech Republic “get[s] a lot of filming for TV productions coming here from all over the world, so maybe this would be also more difficult for them to [come here] and they would go somewhere else”.

As for Brexit, Janoušek says he sees British manufacturers who supply to European production companies such as T Servis struggling with extra paperwork and more complicated transit procedures.

Danny Newby, a director of Big Green Coach and its continental subsidiary, Planet Festival, both of which provide coach travel to and from festivals in the UK and Europe, is more sanguine: “If we exit the EU this doesn’t mean that we are going to close the borders to foreigners, nor does it mean that Europe will close its borders to British people who are travelling to or through their country on a coach to get to a music festival,” he says.