The concert, 'promoted' by Heisholt Inc. and featuring the talents of Broiler, Lemaitre and AlunaGeorge, will take place at Norwegian tech meet-up The Gathering 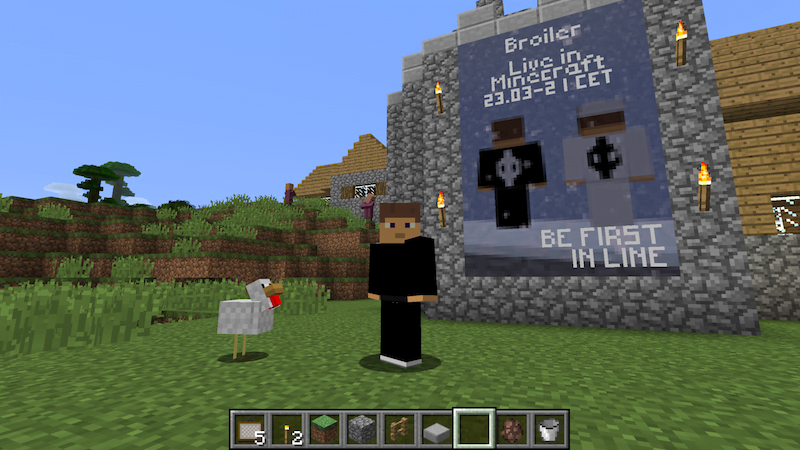 A Norwegian company is to promote the world’s first concert held entirely within a game of Minecraft.

Heisholt Inc. will market the gig, part of the opening show of Norwegian LAN party The Gathering, just as it would in the real world, putting up posters and billboards telling Minecraft users to be “first in line” for performances by Norwegian acts Broiler and Lemaitre and British synth-pop duo AlunaGeroge.

“There have been plenty of other music experiences in the Minecraft universe, but not like this,” Erik Heisholt, the founder of Heisholt Inc. and organiser of The Gathering, told Norway’s The Local. “This will be the world’s first live Minecraft concert.”

As Broiler, AlunaGeorge and Lemaitre perform in the real world, a group of Minecraft players will recreate their movements using in-game avatars.

Because the server running the game will have limited space, the concert “will have the same sort of feeling as seeing a show in small venue”

Because the server running the game will have limited space – 2,000 to 3,000, says Heisholt – the concert “will have the same sort of feeling as seeing a show in small concert venue”.

Universal Music Norway’s marketing director, Gjermund Moastuen, says: “Music and gaming go hand in hand, and here we will have talented artists performing in an exceptional setting. That it will be performed as a concert and a stream in Minecraft is enormous.”

Minecraft is an open-ended video game in which players build constructions of their own design using 3D blocks (or a “kind of generative 8-bit Lego Stalker“, in the words of Rock, Paper, Shotgun) developed by Swedish company Mojang. It has almost 23 million players on PC and Mac alone.