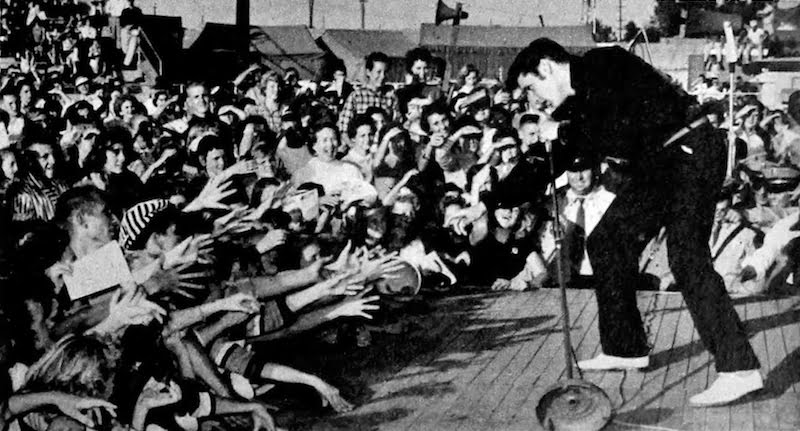 Elvis Presley will perform in the UK for the first time this year.

The American singer – who died in 1977 – will appear “live on screen”, with archival live footage of Presley accompanied by the Royal Philharmonic Orchestra, for six dates at arenas in Glasgow (The SSE Hydro), Leeds (First Direct Arena), Cardiff (Motorpoint Arena), Birmingham (Genting Arena), London (The O2) and Manchester (Manchester Arena) in late November.

The news was broken by his widow, Priscilla Presley, early this morning.

If I Can Dream, an album comprising archival Presley vocals backed by new orchestral arrangements by the Royal Philharmonic, debuted at number one in the UK, giving Presley a record-equalling 12 UK album chart-toppers (joint second with Madonna, behind The Beatles’ 15).

Tickets are on general sale this Friday (18 March) – it’s going to be a busy day for fans of Presley, Placebo and Radiohead – with a presale starting tomorrow (16 March).