Sri Sri Ravi Shankar's World Culture Festival has come in for sharp criticism from environmental groups, who have campaigned for it to be called off 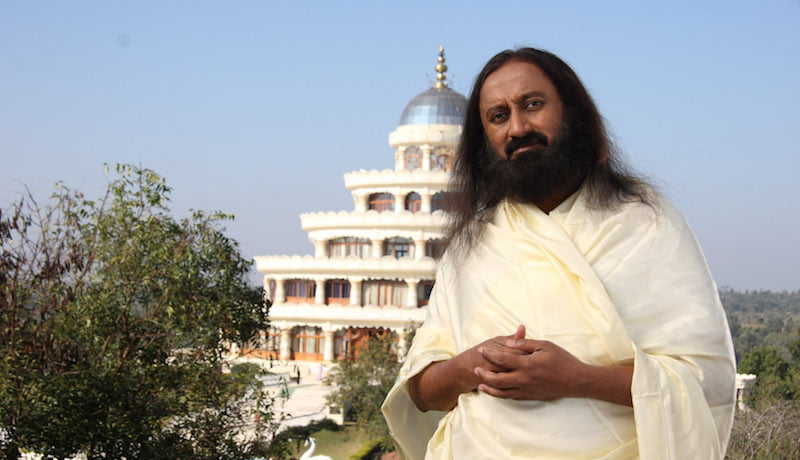 Indian environmentalists are up in arms over plans to hold a huge cultural festival on the banks of the Yamuna river in Delhi this weekend.

The National Green Tribunal (NGT) ruled earlier this week that the World Culture Festival, organised by spiritual leader Sri Sri Ravi Shankar, should be allowed to go ahead after paying a fine of ₹50m (US$745,490) to compensate for its environmental impact. It will spread across 1,000 acres of the Yamuna’s floodplains and feature a 7ac stage – purportedly the largest ever – for 35,000 musicians and dancers, newly dirt tracks and 650 portable toilets.

“This land is not meant for any of those things,” Anand Arya, one of several environmentalists who petitioned the NGT, told Reuters. “The biodiversity of the land has been completely destroyed. Where will the sewage and the excrement go? All across the floodplains!” He added that waste left by visitors would endanger a nearby bird sanctuary.

“The biodiversity of the land has been completely destroyed. Where will the sewage and the excrement go? All across the floodplains!”

Shankar – no relation to the more famous sitarist – said there would be no environmental damage and that the site will be turned into an “eco-park” after the festival finishes.

Green groups, however, are calling for the event to be cancelled, claiming that Shankar’s Art of Living Foundation has ripped up vegetation and ruined the Yamuna’s ecosystem by damaging the riverbed and disrupting water flows.

Delhi police, meanwhile, have warned of “stampede”, “pandemonium” and “utter chaos” over the weekend, The Indian Express reports, because of a shortage of bridges over the river, no wire meshing on the bridges that are built (leading to a “distinct possibility of people falling in the river”), a lack of parking capacity and – most seriously – no structural stability certificate for the stage.

The free World Culture Festival will take place from 11 to 13 March and “celebrate the diversity in cultures from across the world while simultaneously highlighting our unity as a human family” through music, dance, speeches and meditation. Over 3.5 million people are expected to attend.