Nearly 250 arrests at Beyond Wonderland festival

Drugs, alcohol and trespassing charges were the crimes du jour at the SoCal EDM event, which had a large undercover police presence 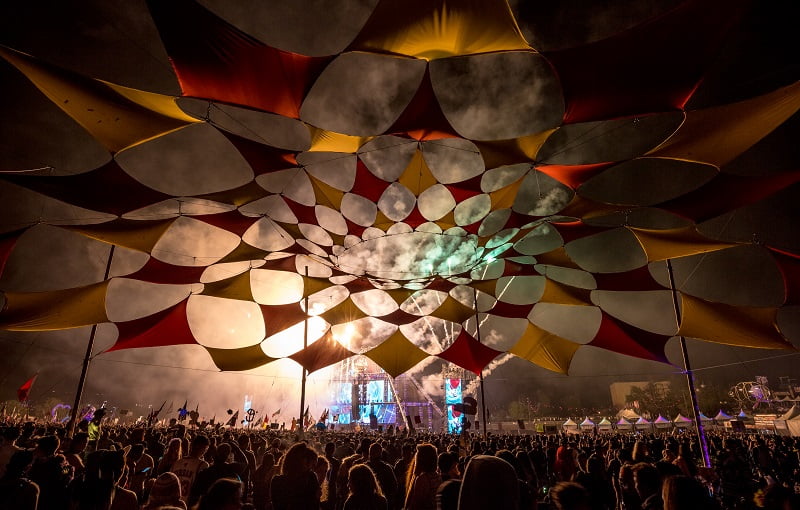 A total of 244 people were arrested at last weekend’s Beyond Wonderland festival in at the San Manuel Amphitheater in Devore, California.

Jodi Miller, a spokeswoman for the San Bernardino County Sheriff’s Department, said the arrests – 116 on Friday 18 March and 128 on Saturday 19 March – were for various offences, including trespassing, being drunk in public and drug-related crimes, chiefly possession of ecstasy/MDMA with intent to supply.

Twenty people were also hospitalised, but all were treated and discharged by Sunday, said Miller.

The electronic dance music (EDM) festival, promoted by part-Live Nation-owned Insomniac, had announced a tightening of security around the 2016 event after a spate of drug-related deaths at similar festivals in California. One person, 22-year-old John Hoang Dinh Vo, also died after suffering an ecstasy-related seizure at the previous year’s Beyond Wonderland.

Such deaths have increased media attention on dance music events, especially in the US, and led to crackdowns by local authorities. It was revealed in September that plainclothes agents of the American Drug Enforcement Administration (DEA) have begun infiltrating EDM events in an attempt to weed out drug dealers. DEA spokesman Timothy Massino told Your EDM: “There’s clearly a huge synthetic drug problem in the [EDM] scene. […] The state and local agencies are cracking down. If they invite us, odds are we’re going to come play.”

Undercover police and private security were on site at Beyond Wonderland, as were over 100 sheriff’s deputies and a number of sniffer dogs

Undercover police and private security were on site at Beyond Wonderland, as were over 100 sheriff’s deputies and a number of sniffer dogs.

Over 65,000 people attended the 2016 festival, which saw performances by artists and DJs such as Armand Van Helden, Ghastly, Marshmello and Gouryella.

The Dance Club: The beat goes on panel at the 28th International Live Music Conference (ILMC) touched on the often heavy-handed responses to deaths at EDM events, which have in the past included the cancelling of entire festivals and shows.

Mark Lawrence of the Association for Electronic Music (US) said governments in countries like the US and Australia have a lack of understanding of rave culture and don’t realise how well organised most EDM events are, leading to a “passive discrimination” against dance music promoters. He added that violence and crime are far higher on average at rock and country festivals than at EDM ones, but stories about EDM are “sexier” and sell more newspapers.

Pino Sagliocco of Live Nation Spain summed up the mood in the room when he said: “They can’t just ban events because we had an accident. That’s like not flying any more because there was a plane crash.”