The up-and-coming British band were driving home after playing the showcase event in Norrköping, Sweden 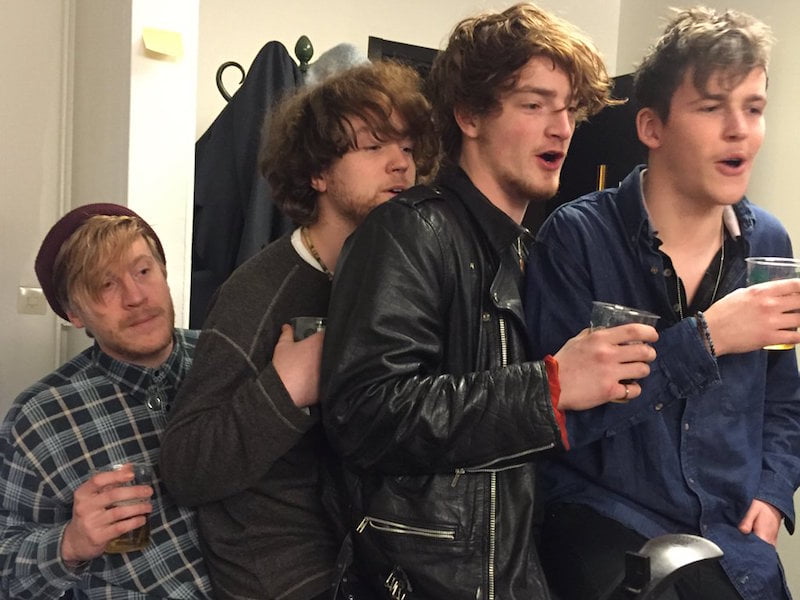 Viola Beach in their dressing room at Where's the Music? in Norrköping

A British band have been killed on their way back from the Where’s the Music? conference/showcase festival in Sweden.

Swedish police have launched an inquiry into the accident. The car fell through a gap in the bridge, which had opened to let a boat pass through, after apparently driving at full speed past a queue of stationary traffic, according to witnesses.

Viola Beach, from Warrington in Cheshire, had been heavily promoted by BBC Introducing, and performed on the BBC Introducing stage at the 2015 Reading and Leeds Festivals. They released their first single, ‘Swings and Waterslides’, in September 2015, which received airplay on Radio 1, and followed it with ‘Boys that Sing’ in January.

They were scheduled to play at South by Southwest in March.

Their next gig was to have been at The Boileroom in Guildford on Saturday, supporting Blossoms, who tweeted:

Absolutely devastated for the loss of Viola Beach and Craig Tarry. Our thoughts are with their friends and families. pic.twitter.com/Fg52on42as

“Viola Beach had only recently come into the Communion family, and had everything going for them: great songs, passion, talent, drive… everything that a band should have. To sit down with the band was to sit down with a group of guys whose band you wanted to be in, and to be in the presence of a band who knew just what it would take to make it. This is why the band had been in Sweden – rather than sit back and wait for it to happen to them, Kris, River, Jack and Tom were determined to go out into the world and play every show they could until the world was singing along with them, and now that dream has been sadly taken away from all of us.

“Equally, Craig, their manager, was possessed by a passion to help the band achieve everything they wanted to, and to speak with Craig about Viola Beach, and music in general was an absolute pleasure – you knew he was doing it all for the right reasons.

Everyone here at Communion is in a state of total shock and sorrow, and our thoughts go out to the families and friends of Craig and the band. We would also like to announce that any proceeds made from the single will be donated to the band and Craig’s family.”