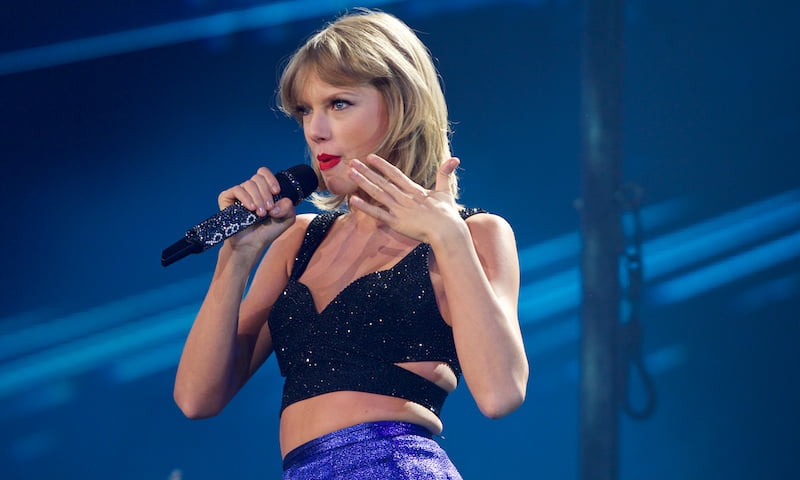 Taylor Swift, whose 1989 world tour was 2015’s highest grossing, has become the first woman to win the Grammy award for best album twice.

Swift, whose second studio album, Fearless, picked up the album of the year prize in 2009, won a total of three awards: best album and best pop vocal album – both for 1989 – and best music video, for ‘Bad Blood’, at the 58th Grammys at the Staples Center in Los Angeles last night.

“I want to say to all the young women out there: there are going to be people along the way who will try to undercut your success or take credit for your accomplishments or your fame,” she said in her acceptance speech, perhaps alluding to her well-publicised spat with Kanye West (who raps about how he “made that bitch [Swift] famous” on a song from his new album, The Life of Pablo). “But if you just focus on the work and you don’t let those people sidetrack you, someday, when you get where you’re going, you’ll look around and you will know that it was you and the people who love you who put you there, and that will be the greatest feeling in the world.”

Other famous women had a more challenging evening: Adele’s performance of ‘All I Ask’ was plagued by technical gremlins, and Lady Gaga’s medley of David Bowie songs was criticised in a cryptic tweet by Bowie’s son, Duncan Jones. Rihanna cancelled her appearance at the last minute after contracting bronchitis.

Other famous women had a more challenging evening: Adele’s performance of ‘All I Ask’ was plagued by technical gremlins, and Lady Gaga’s David Bowie tribute was criticsed by Bowie’s son, Duncan Jones

Mark Ronson and Bruno Mars won three awards for ‘Uptown Funk’, including record of the year.

Ed Sheeran – another touring titan – won his first two Grammys, for song of the year and best solo performance (both for ‘Thinking Out Loud’), and Alabama Shakes – one of a wave of female-fronted bands dominating the alternative and rock categories – their first three. Justin Bieber was also a first-time winner, for best dance recording for ‘Where Are U Now’ with Jack Ü.