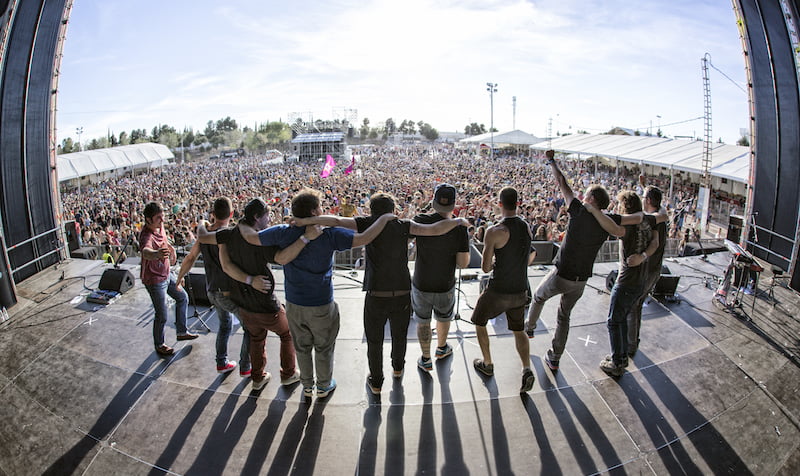 The seventh Spanish Live Music Yearbook (VII Anuario de la Música en Vivo) was published by the Association of Music Promoters (APM) this morning – and it shows that 2015 was a good year for Spain’s live music industry.

The country’s concert and festival sectors reported revenue of €194.5 million last year, representing an increase of 12.1 per cent compared to 2014. If that figure is added to the 9.76 per cent increase from 2013 to 2014, it shows that the market has finally recovered to 2011 levels, before the government increased value-added tax (VAT) on the arts and entertainment sector to 21 per cent. (In 2012 it was eight per cent.)

The figures also confirm that the recent upturn in the Spanish economy is allowing Spaniards to spend more money on live music and entertainment. 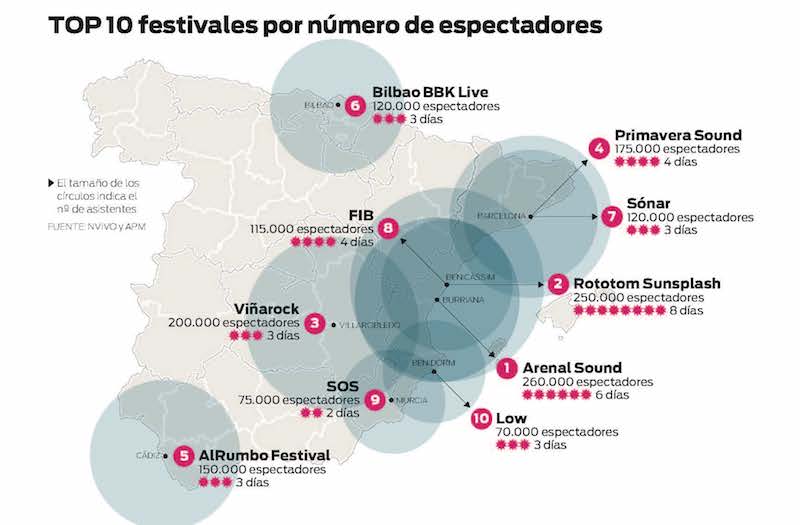 In touring, Pablo Alborán was the Spanish artist with the year’s biggest concert tour: the Terral tour attracted over half a million people to 52 concerts (27 of them sold out). 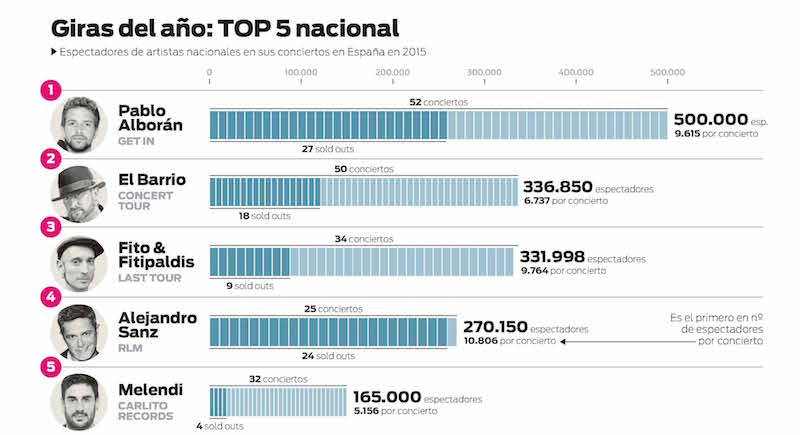 AC/DC made the biggest impact among international bands, with over 150,000 people attending its three shows in Spain – one at the Barcelona Olympic Stadium and two at Madrid’s Vicente Calderón Stadium – last May. 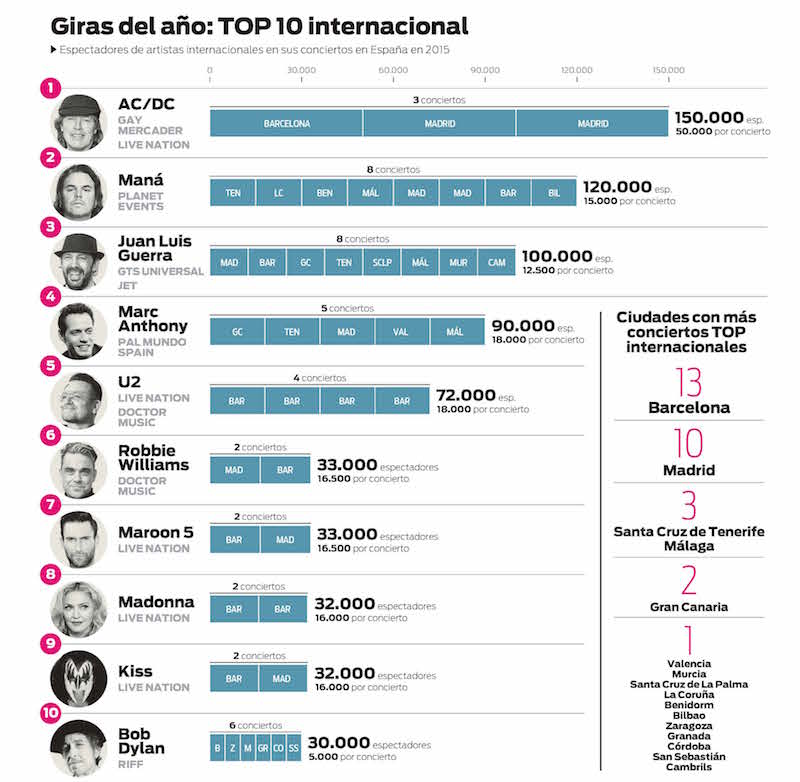 There are three things that must happen to keep the Spanish live music industry growing in 2016.

Spain is currently in the process of forming a government, but regardless of which political party ends up winning, a reduction of VAT in the cultural sector back to eight per cent is necessary. Pascual Egea, president of the APM, told Industria Musical in March 2015: “We want to reclaim VAT at four per cent to compensate for the damage it has done at 21 per cent over the last three years.”

Spain must introduce tighter regulations for festival promoters. Currently anyone in Spain can organise a festival, regardless of training or knowledge of the industry, and in recent years many Spanish festivals have failed for legal or administrative reasons because their promoters lacked the necessary experience.

Thirdly, Spain needs to produce more new promoters. This process has already started in Madrid, where Glaciar Music, Animated Productions and the newly independent Javier Arnaiz are, with the support of the local authorities, in the process of transforming the city into a global festival capital.