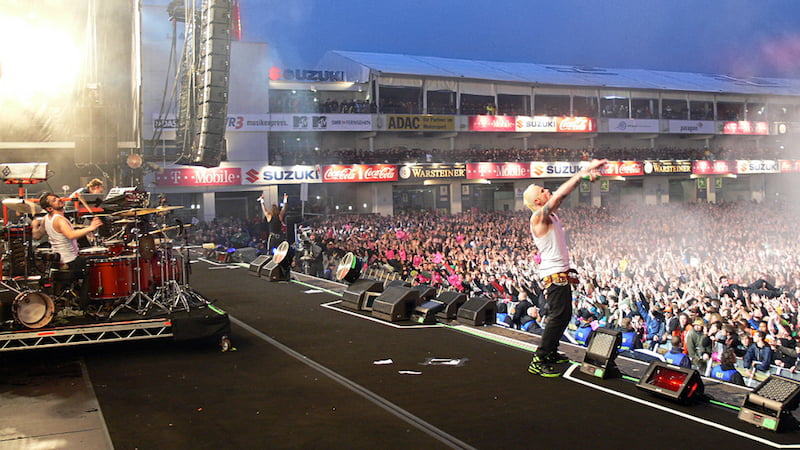 Rock am Ring 2016 has sold out more than three months before the festival, with 92,500 tickets three-day tickets sold – a new attendance record.

The campsite for the festival, which takes place in Mendig, in the Rhineland, on an old airbase, has been expanded to accommodate the extra 2,500 fans (90,000 attended Rock am Ring 2016).

“[Rock am Ring’s] unique popularity among fans is an overwhelming confirmation of our concept,” say Marek and Andre Lieberberg in a (Google Translated) statement. “To experience such reactions and new records year after year is an incredible and moving experience.”

The Lieberbergs will promote the festival and Nuremberg sister event Rock im Park – founded by Marek in 1985 and 1993, respectively, and now owned by CTS Eventim – this year, despite their leaving Eventim-owned Marek Lieberberg Konzertagentur (MLK) for Live Nation Germany at the end of last year.

Rock im Park has reportedly sold around 55,000 tickets and is also on course to sell out.

The festivals, which take place concurrently from 3 to 5 June, will be headlined by Red Hot Chili Peppers, Volbeat and, on their farewell The End tour, Black Sabbath.