Price hike for Burning Man as tax dispute rolls on 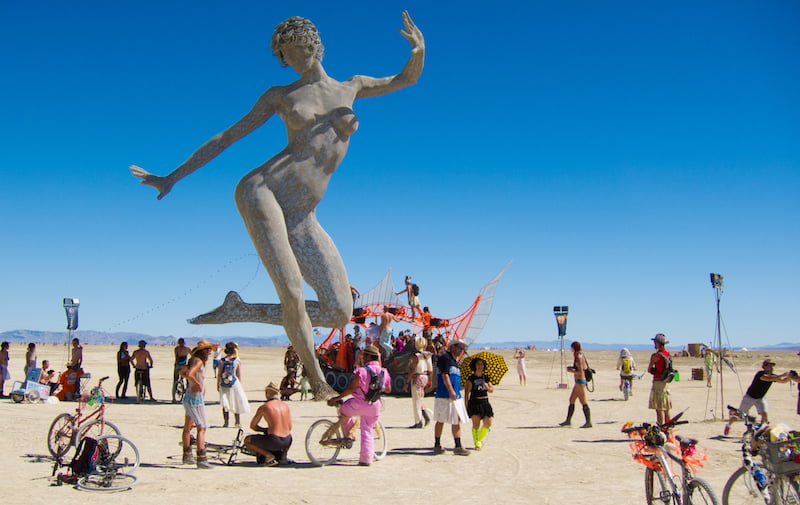 The price of individual tickets to this year’s Burning Man will increase to US$424 while the non-profit festival appeals a decision by authorities in Nevada to make it pay the state’s live entertainment tax.

In a statement posted on its website, the festival says it “had hoped to resolve this matter before selling tickets so that participants would not have to pay the tax, but the state is taking longer than we expected to issue an opinion. Unfortunately, this means we will have to collect the tax at the time of purchase, as per the law. At nine per cent a pop, this amounts to an additional $34 for each $390 ticket. The tax applies to all tickets at all price tiers. If the tax is found not to apply after ticket sales commence, we will issue a refund for the nine per cent collected.”

Burning Man is not a concert. It’s not an arena event. At Burning Man, people come for the experience that they bring themselves

Nevada passed Senate Bill №266 in October last year. The new legislation removes an exemption from live entertainment tax for non-profit events which offer for sale 7,500 tickets or more and which have patrons “participating” in the entertainment.

Ray Allen, general counsel for festival promoter the Burning Man Project, disputes the application of that criteria to Burning Man. He tells KQED Arts: “Burning Man is not a concert. It’s not an arena event. It’s not a casino show. At Burning Man, people come for the experience that they bring themselves.

“Obviously, some of our members do things that others may find entertaining. However, the statute says that the organisation that’s going to be taxed has to provide those activities. Our organisation – we provide infrastructure.”