The UK singer-songwriter won for his Bond theme 'Writing's on the Wall', beating Lady Gaga, The Weeknd, Anohni and Sumi Jo 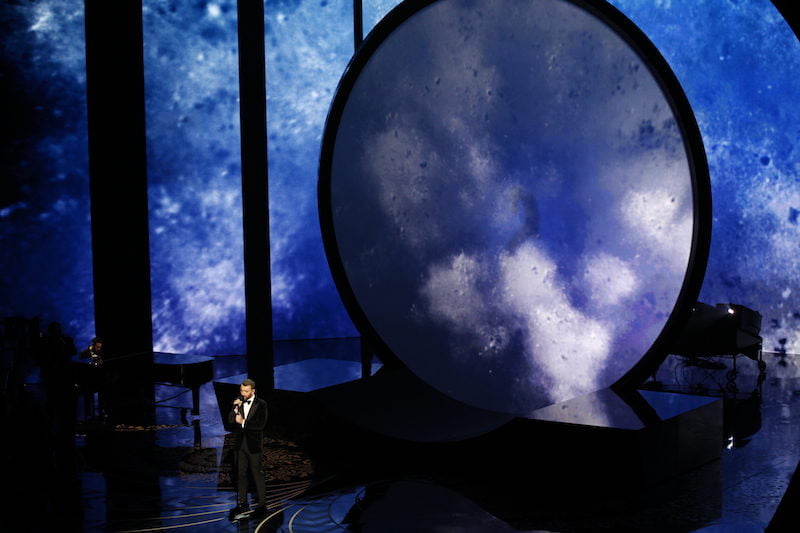 ‘Writing’s on the Wall’, written by Smith and Jimmy Napes for James Bond film Spectre, was released in September to a decidedly mixed reception (according to Variety, one person backstage at the Oscars said the track “wasn’t even the best song released that week”).

Conversely, Lady Gaga’s critically lauded ‘Til It Happens to You’, written by Gaga and eight-time Oscar nominee Diane Warren for The Hunting Ground, a documentary on sexual assaults on university campuses, was widely expected to win – especially after Gaga left many stars, including Rachel McAdams, Kate Winslet and Eddie Redmayne, in tears after after sharing the stage with rape victims and US vice-president Joe Biden for an emotional performance of the song earlier in the evening.

Smith, who mistakenly referred to himself as the first openly gay Oscar-winner (he isn’t), dedicated his award to “the LGBT [lesbian, gay, bisexual, and transgender] community all around the world”.

Smith also performed, as did The Weeknd (playing ‘Earned It’) and Dave Grohl (performing The Beatles’ ‘Blackbird’ for the ‘In Memoriam’ section of the show).

Other best original song nominees were ‘Earned It’ by The Weeknd, from Fifty Shades of Grey; J. Ralph and Anohni (formerly Antony Hegarty)’s ‘Manta Ray’, from Racing Extinction; and ‘Simple Song #3’, by Sumi Jo, from Youth.