Just over two months after the terror attacks which killed 20, Damon Albarn and Songhoy Blues transform the Malian capital for the first Acoustic Bamako festival 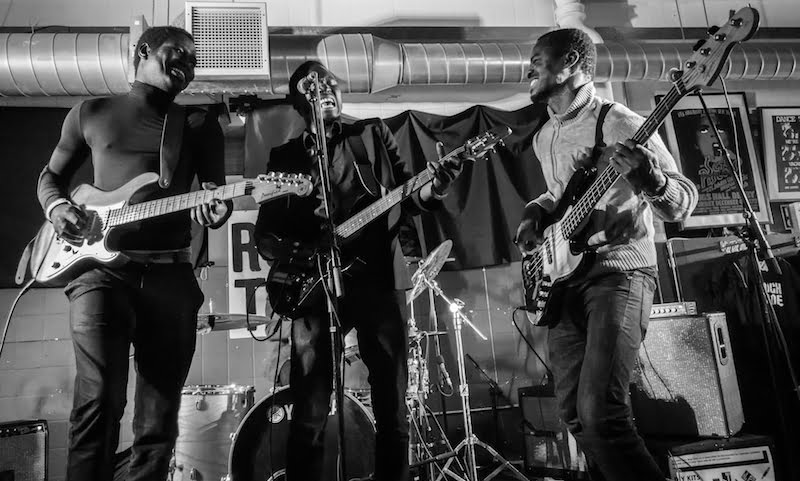 Damon Albarn and African acts Tony Allen and Songhoy Blues were among the artists who played the inaugural Acoustic Bamako festival (Festival Acoustik) – the first to be held in Mali’s capital since the terrorist attack of 20 November – last weekend.

Malian musician Toumani Diabaté, who organised the event, says he plans to turn the festival into an annual event.

The west African country has been under a nationwide state of emergency since al-Qaeda-linked jihadists killed 20 people in an attack on the Radisson Blue Hotel in Bamako.

“Playing in Bamako, where we find ourselves, it gives us comfort. Our dream is to return home one day, to bring life back to the suffering people”

Northern Mali (Azawad) came under the control of Islamist groups in 2012, which implemented sharia law, banning music and closing bars, music venues, nightclubs and radio and television stations. The famous Festival in the Desert (Festival au Désert) has been on hiatus since 2012.

Military invention from France largely ousted the Islamists in January 2013, although a low-level insurgency continues to this day.

“It’s very important for me, for us, to get Malian culture going,” Diabaté tells AFP. “You see, Mali is the heart of culture in Africa.”

“In 2012 when the jihadists invaded the north of Mali, it forced my friends to flee to the south,” says Songhoy Blues singer Allou Toure. “For us [Songhoy Blues] was a way of resisting. Playing in Bamako, where we find ourselves, it gives us comfort. Our dream is to return home one day, to bring life back to the suffering people.”