Madonna an agent of the devil, says Filipino cleric

The singer's two sold-out shows at the MOA Arena were "subtle attacks of the evil one", reckons Archbishop Ramon Arguelles 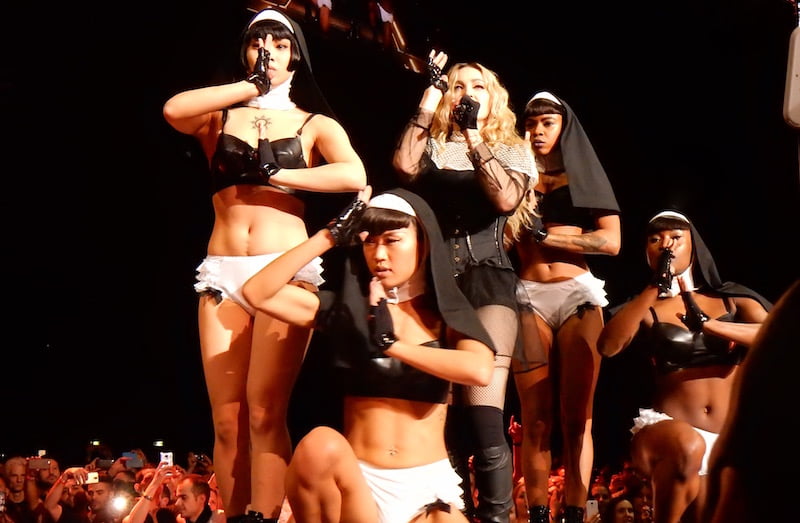 Not content with tempting faithful Singaporeans away from the the path of goodness with her dangerous brand of “sensuality, rebellion, disrespect, pornography [and] abusive freedom”, Madonna (the singer, not the mother of Christ) has apparently outraged Catholic leaders in the Philippines, too: Ramon Arguelles, the archbishop of Lipa, called her two concerts on 24 and 25 January “subtle attacks of the evil one” – the devil’s work.

The American singer played two shows, promoted by MMI Live, at the 12,000-capacity Mall of Asia (MOA) Arena in Manila as part of her Rebel Heart tour, leading Arguelles to wonder: “Why is the Catholic Philippines the favourite venue for blasphemy against God and the Holy Mother?”

“Let us pray for our country that the devil will not succeed in drawing anyone from the pueblo amante de Maria [the (Filipino) people’s love for Mary] to his evil ways,” he added.

While Madonna won’t be allowed to perform the ‘Holy Water’ segment of her current touring show – which features scantily-clad backing dancers dressed as nuns and dancing with crucifix-shaped stripper poles – in Singapore tomorrow, it looks like she got away with it Manila:

Sorry, did someone say something about the Virgin Mary?