The Boeing 747 jumbo jet, dubbed Ed Force One, will be piloted by Maiden singer Bruce Dickinson 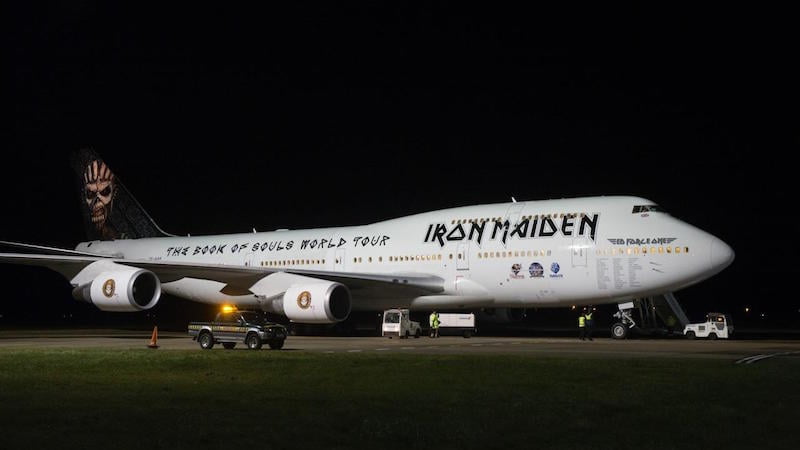 Iron Maiden have unveiled the jumbo jet they will use to visit six continents on their upcoming The Book of Souls world tour.

The third iteration of Ed Force One – a portmanteau of the name of the US president’s private jet, Air Force One, and the band’s mascot, Eddie the Head – and the band’s first Boeing 747, the plane will be piloted by singer Bruce Dickinson.

It flew into Cardiff Airport last night, where it will stay until Friday (19 February) when Iron Maiden fly to Fort Lauderdale, Florida, ahead of the tour’s opening gig at the BB&T Center on 24 February.

“We’ll be using Ed Force One right around the world as usual but also including the first few shows in Europe this time, making this the first time EF1 has visited Europe on tour. However, after the Swedish show at Gothenburg Ullvei Stadium on 17 June we’ll be reverting to our traditional truck and bus touring methods, as logistically this makes much more sense considering the lesser distances involved and airport parameters.”