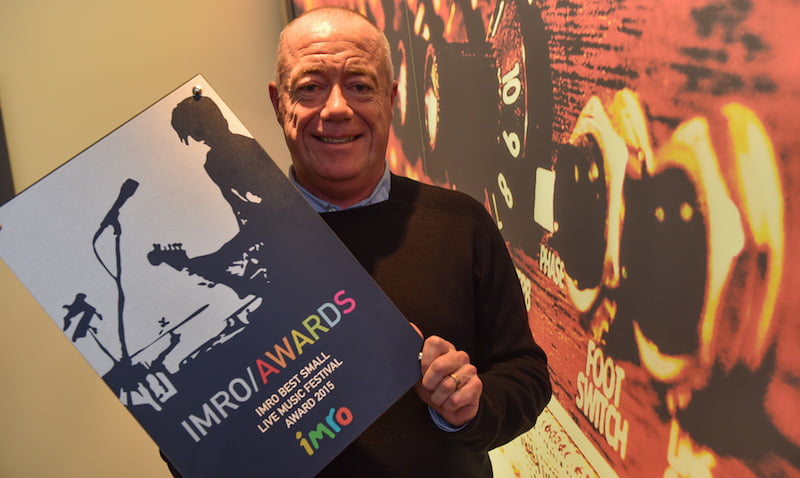 In a ceremony at IMRO’s headquarters in Dublin, the performing rights society recognised The Set Theatre in Kilkenny as its national live venue of the year.

“This is our annual chance to give a really big thank-you to promoters and venues across the country. The work they do is invaluable”

Two new awards were introduced for 2016: Best live music crew, which was presented to the team at Vicar Street in Dublin, and outstanding contribution to live music 2015, which was won by agent/manager Úna Molloy of Turning Pirate.

The awards were presented by Joe.ie‘s Paddy McKenna. Performances on the night came from The Academic, Saint Sister and Rocstrong.

Stokes says: “There is a fantastic energy in Irish music at the moment, with a huge number of brave and brilliant new acts coming through who are ready to add to the already fantastically impressive success story of Irish music and Irish musicians.

“It is really important that these enormously talented emerging artists are nurtured and developed, and great live venues, festivals and events are hugely important to that process, which is why everyone in Hot Press attaches such importance to the Live Music Venue Awards.”

“This is our annual chance to give a really big ‘thank-you’ to promoters and venues across the country,” says IMRO chairman Keith Donald. “The work they do is invaluable, as young bands and artists can’t build up an audience without them.”

The IMRO awards are voted for by over 11,000 IMRO members.