The French metal festival will forfeit €20,000 from the Pays de la Loire government for refusing to axe an appearance by Phil Anselmo's Down 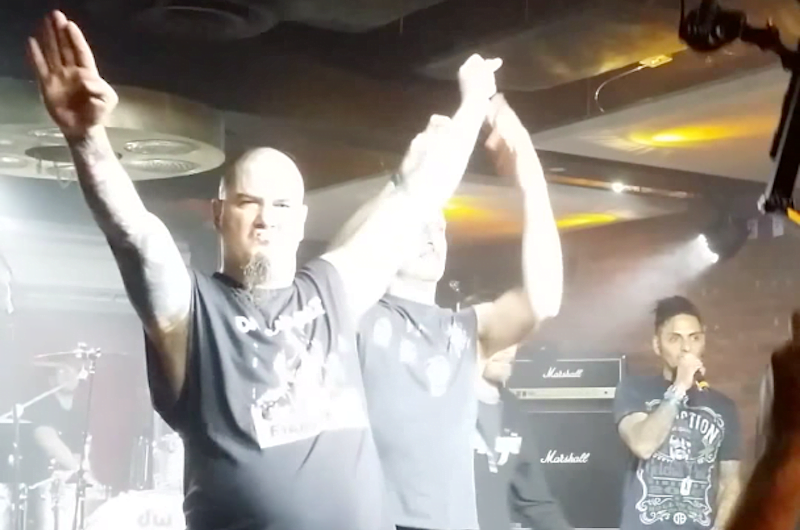 French metal festival Hellfest Open Air will lose €20,000 in local-government funding for refusing to drop Phil Anselmo-fronted supergroup Down from its 2016 line-up.

Bruno Retailleau, a senator from the Vendée who serves as president of the regional council of Pays de la Loire, issued the ultimatum to Hellfest promoter Benjamin Barbaud, telling him that the region will not subsidise any event associated with “incitement to racial or religious hatred”.

Ex-Pantera frontman Anselmo was widely condemned earlier this month after being filmed at Dimebash on 22 January shouting “white power” and giving a Nazi-style salute.

It also emerged that in March 1995, during a Pantera show in Montreal, Anselmo had condemned rappers for “pissing all over white culture” and told the crowd: “Tonight is a white thing.”

According to Barbaud, the first he heard about Retailleau’s comments was in a press release from the senator’s office. “Any partner worthy of the name would have phoned me to discuss this,” he told Ouest France. “We did not receive any call. Let them keep their subsidy.”

According Ouest France, Hellfest’s budget is around €16 million.

Barbaud says he believes Retailleau, a member of the centre-right The Republicans (Les Républicains) party, “wanted to please his electorate” and “found a perfect excuse” to axe the grant.

“Anselmo apologised repeatedly,” he continues. “He even offered to leave the band to do no harm to his comrades, who must also be disgusted with what happened. Everyone agrees that this is unacceptable and that the metal scene is neither racist nor antisemitic.

“I know Phil Anselmo very well, and I am convinced that his apologies are sincere.”

Hellfest 2016 takes place in Clisson, Pays de la Loire, from 17 to 19 June. Headlining are Rammstein, Twisted Sister and, on their final, The End tour, Black Sabbath.