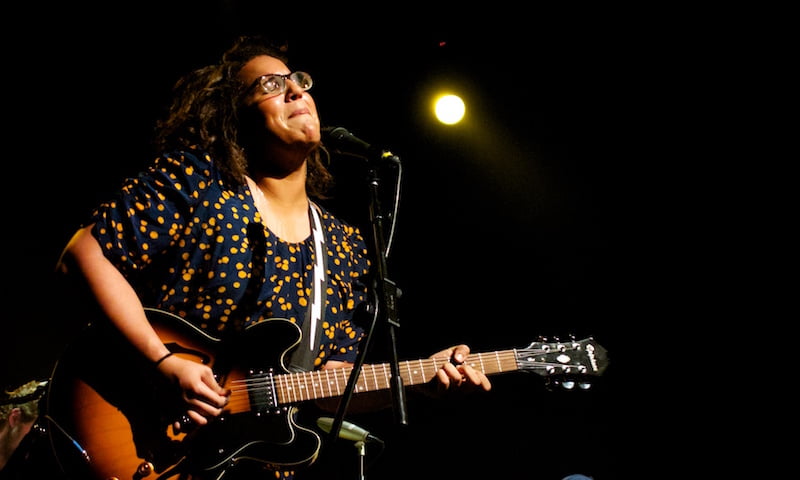 Alabama Shakes are nominated in four categories, including album of the year

Taylor Swift will open the 58th Grammy Awards next Monday with a mystery song from album of the year contender 1989.

With seven – including, in addition to album of the year, record of the year and song of the year – Swift is tied with The Weeknd for the second-most nominations, behind Kendrick Lamar’s 11.

Lady Gaga will also perform a tribute to the late David Bowie.

Away from the ‘big four’ Grammys categories, perhaps the most interesting ones to watch are the traditionally male-dominated rock categories, where a strong showing from female artists and female-fronted bands is helping to temper some of the testosterone: In the best rock performance category, for example, Foo Fighters are the only all-male band, with songs by Elle King, Alabama Shakes, Florence + the Machine and Wolf Alice making up the remaining four nominations. (Last year’s award was won by Jack White for ‘Lazaretto’, who went up against Ryan Adams, Beck, The Black Keys and Arctic Monkeys.)

Alabama Shakes are also nominated for album of the year and best alternative music album (both for Sound & Color) and best rock song (for ‘Don’t Wanna Fight’), and Australian singer-songwriter Courtney Barnett is a surprise finalist in the best new artist category.

This year’s awards will be broadcast nationwide in the US for the first time. Television stations affiliated with Grammys broadcaster CBS in the Pacific Standard Time (PST) and Mountain Standard Time (MST) time zones may choose to participate at 17.00–20.30 and 18.00–21.30, respectively.