A tax rebate given to venues hosting live music would pay for itself and then some, according to a study commissioned by Australia's performing rights/collection bodies 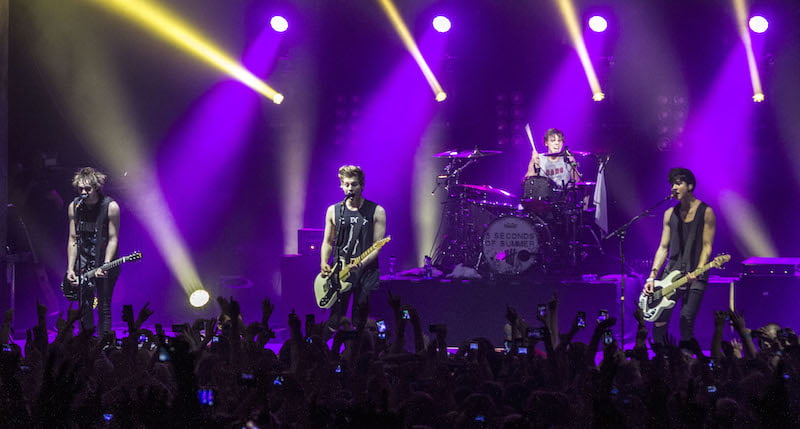 5 Seconds of Summer play the 1,600-capacity Enmore Theatre in Sydney

As debate rages across Australia over the introduction of controversial ‘lock-out laws’ in New South Wales, Queensland and Canberra, new research commissioned by APRA AMCOS suggests the country’s grassroots live music scene would receive a much-needed shot in the arm if the Australian government were to offer music venues some form of tax rebate.

APRA AMCOS (the Australasian Performing Right Association and the Australasian Mechanical Copyright Owners’ Society) and other stakeholders commissioned Ernst and Young (EY) to survey 23,000 venues – both those staging live music and those that aren’t – and a range of major and independent record labels, offering them several options for tax rebates, or offsets. Almost half (45 per cent) of restaurants and cafés surveyed said they would introduce live music if tax offsets were provided, as did one in five hotels and bars.

According to APRA AMCOS, if the government were to implement its recommendations, the initial fall in tax revenue would be “more than compensated” by additional tax generated from a wider base, including income tax from employment, resulting in an estimated A$40.2m (US$28.8m) economic windfall in the medium term.

APRA AMCOS’s head of member services, Dean Ormston, says: “In a purely economic sense, investing in the live music industry pays dividends. For every dollar Australians spend on live music, three dollars circulates back into the economy. An investment incentive of this nature will stimulate an immediate lift: more venues will host live music, more often, which means more artists performing, more jobs in production, more jobs to serve the patrons attending [and] more accommodation and travel expenditure across the whole country – millions of dollars in revenue.

Almost half of restaurants and cafés surveyed said they would introduce live music if tax rebates were provided, as did one in five hotels and bars

“Tax offsets have been applied and work well in other industry sectors, including the film and research and development industries, both here and in large markets like the US and UK. Based on this research, we think there’s enormous potential to apply similarly agile and smart thinking to the Australian contemporary music industry.”

There has been a 40 per cent drop in live performance revenue at venues in Sydney city centre since the introduction of New South Wales’s lock-out laws, which require that the city’s venues, nightclubs, bars and hotels lock their doors at 1.30 and not serve drinks past 3.00.