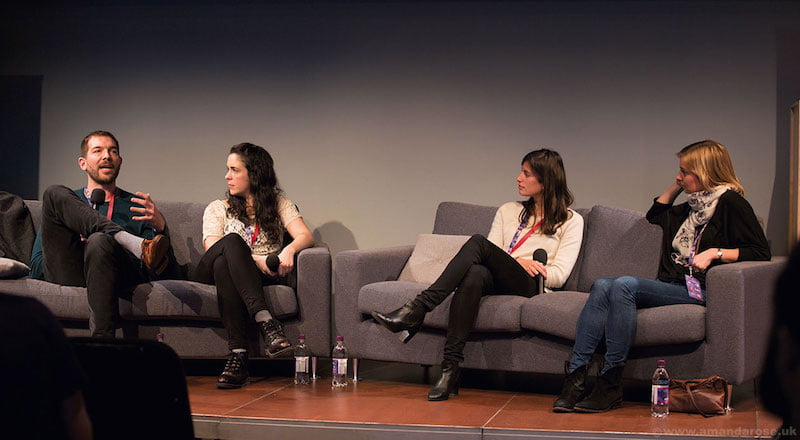 The first FastForward conference attracted around 120 delegates to the Musiekgebouw in Amsterdam earlier this month for two days of keynotes, panels, quick fire ‘FastFifteen’ sessions and networking sessions discussing the future of the music industry.

The panel IQ was most interested in, of course, is ‘The Future of Live Music’, moderated by Tim Chambers (the founder of TJChambers Consulting and former senior vice-president of Live Nation Europe) and featuring Suzi Beese of direct-to-fan platform Music Glue; End of the Road festival MD Lauren Down; Chloé Julien of Bandsquare, which provides fan data to artists; and Alex Kennedy of broadcast giant Sky plc’s ticketing venture, Sky Tickets.

Here are five things we learnt.

1. The future is live

“You’re all puny midgets in comparison to the live music industry.”

Chambers kicked off the light-hearted panel discussion with some home truths for the recording-industry professionals in the audience, quoting from a “very expensive” Nielsen report – presumably Music 360, published late last year (“I had to beg to get a copy!”) – which revealed that 52 per cent of all spending on music in 2015 was on live events, and from Pollstar‘s end-of-year report, “which was able to identify that live in the US alone was [worth] approximately $20 billion [last year], so live in the US is about as big as the whole of the world for recorded”.

“You’ll have to look long and hard to find where the recorded music or publishing element is,” said Chambers, referring to the Nielsen report, to laughs from the audience, “because you don’t matter anymore!”

However, the moderator also warned that, unlike the more mature recorded sector, the live industry is a “a teenager industry that’s only just learning about taxation, IP rights, health and safety, collective bargaining, trade union representation…”

2. There’s a piece of cake for everyone

Much of the discussion centred around the desirability of making the ‘cake’ bigger – the cake being the live music industry (replacing the more familiar pie) – as opposed to companies simply taking business from other companies in a static market.

Kennedy said Sky Tickets is doing its part by creating new events. “To give you an example,” he said, “we did a cycling event with [racing cyclist Sir] Bradley Wiggins. We put on an event for him to set a one-hour world record at the Velodrome in London and sold 5,000 tickets in seven minutes, so it’s that kind of collation of all the data we have, the marketing reach we have, the talent we have, the broadcast partners we’ve got, which adds an extra element to the pot.”

Kennedy is currently trying to get his “head round the best way for us to get involved with the music world”. “As much as I’d like it to be, it’s not going to be with gigs at XOYO, with young hip-hop artists,” he explained, “It’s going to be more middle-of-the-road stuff that fits the kind of brand profile that we have.

“We’re looking at all manner of different things. We’re looking at getting involved in the very early stages of festivals, helping act as a promoter in that situation as well as ticketing partner – anything down to single-artist events as well. […] We’re looking to create new stuff entirely that means we’re adding to people’s appetite for new live events.”

Down, conversely, said she doesn’t “see [End of the Road] making the cake bigger; I see us trying to make it better”. Emphasising the importance of every brand carving out its own distinct identity, she said: “There’s always going to be threats from people who have more money, sponsorship, backing… but ultimately if you own your niche and believe in what you do, then you’re going survive as long as you stick to your guns.”

“If you own your niche and believe in what you do, then you’re going survive as long as you stick to your guns”

Everyone knows that data is important… but who should get it, and what should they do with it?

Bandsquare would obviously like it to go straight to the artist and their management – something Chambers, playing the part of the promoter, took umbrage with. “I’m a promoter, I’ve taken the risk on this event and you’re diverting customers away from me,” he said. “Surely that data’s mine – it’s my event and I’m the bank!

There’s plenty of data to go around, replied Julien: “The artist comes to us because they are not in the business: They know they can collect data – it’s been a buzzword for five years at least – but they don’t know what they can do with it.

“The promoter was keeping the data, the ticketing [partner] was keeping the data – and this is something that was obviously valuable to them – but today the artist, even if they don’t have an entrepreneurial mindset, just needs to know where the fans are and what they are demanding – not just from a financial perspective.”

“Where stuff like Bandsquare comes in useful is that people often don’t really know where to take it, what to with it [data], after they’ve collected it,” said Down, offering a promoter’s perspective, adding that End of the Root does all its own ticketing, social media, etc. – “everything’s under one roof”.

4. Not everyone’s on board with cashless

It’s almost seen as a given that RFID technology will continue its inexorable march onwards over the next few years, making carrying cash at festivals seem like a relic of some primitive and best-forgotten past.

Not so at End of the Road, however: “Nobody wants a chip in their wristband,” said Down. “They just want to buy some beer with the cash that they have because it’s worked for centuries.”

“But think of the margin you’re losing!” countered Chambers. “That should be yours, not the consumer’s!”

“There’s a value in the curation. There’s that famous Henry Ford quote: ‘If I had asked people what they wanted, they would have said faster horses'”

While Beese said she can see festivals in future “asking fans who they want to see”, Down believes “there’s only so much you can do”: “This year we had someone saying, ‘I asked for PJ Harvey, LCD Soundsystem and The National,’ and I was like, ‘OK, do you want to pay, like, £500 for a ticket?’ So opening that up in such a direct manner is maybe more trouble than it’s worth.

“We listen to our customers – people have been asking for Sufjan [Stevens] for 10 years and we finally managed to get him last year – but a lot of it is a case of luck, timing and bands’ tour schedules, which I guess are nuances that the average ticket buyer doesn’t knows about.”

“People want to be catered to,” opined Kennedy, who highlighted “directionless” V Festival – known for its mass-market, top 40-heavy line-ups – as symptomatic of the opposite approach.

“There’s a value in the curation,” agreed Beese. “There’s that famous Henry Ford quote: ‘If I had asked people what they wanted, they would have said faster horses…'”