The Australian neo-psych act, who are performing at festivals worldwide this summer, will play to 21,000 fans at Manchester Arena tomorrow 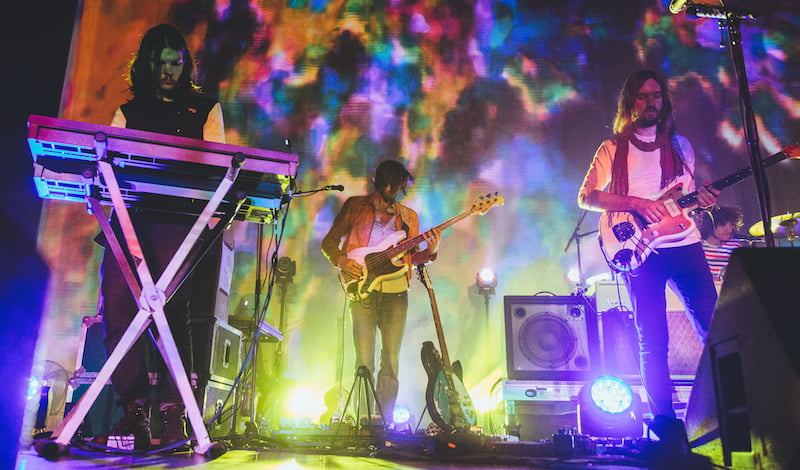 The Australian neo-psychedelicists, represented in the UK by 13 Artists’ Charlie Myatt, are playing three dates in the UK in February – they’ll be at the Alexandra Palace on Friday and Saturday (12th and 13th) – before performing at an obscene amount of festivals in the spring and summer, including but not limited to Estereo Picnic in Colombia, Lollapaloozas Brazil, Chile and Argentina, Primavera Sound, Bonnaroo, Roskilde, NOS Alive in Lisbon, Open’er Festival in Gdynia, Poland, and Melt! Festival at Gräfenhainichen’s Ferropolis.

Tame Impala frontman Kevin Parker tells the Manchester Evening News: “I think we’re adapting pretty well [to playing arenas]. In the early days we suddenly found ourselves in these big venues and we didn’t really know what to do.

“We’d always been a club band, so it was weird at first. Nowadays we’ve stepped up the show and the stage presence.”