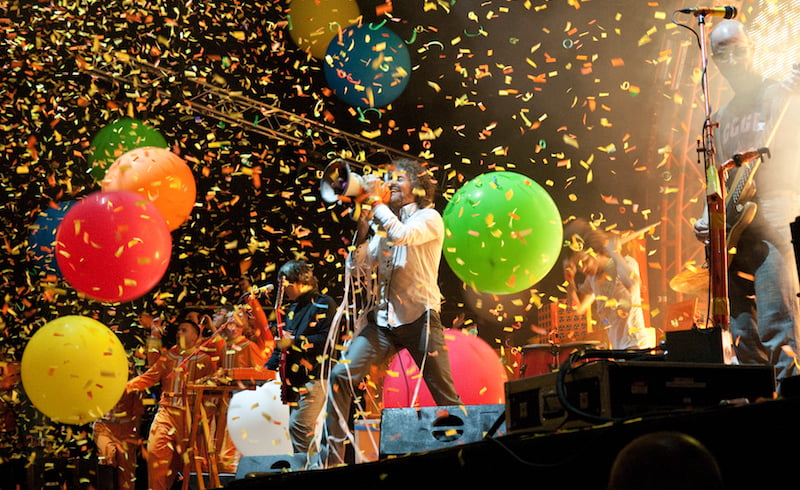 Wilderness headliners The Flaming Lips at Off Festival 2010

We kick off a very English Festival Focus with the news that Robert Plant’s band, the Sensational Space Shifters, and The Flaming Lips, performing The Soft Bulletin, will headline Wilderness Festival in Cornbury Park, Oxfordshire, in August – both UK exclusives.

Plant says: “In recent times the Space Shifters and I have found a natural home for our music in beautiful places that offer carry their own unique resonance. I know the Wilderness Festival is one of those places, and I’m really looking forward to summoning our madness there.”

Summoning the madness at the twin V Festivals in Essex and Staffordshire on 20 and 21 August will be headliners Justin Bieber, Sia, Rihanna and David Guetta, who were announced along with Little Mix, Craig David, Tinie Tempah, Example, Rita Ora, Kaiser Chiefs and Faithless (the last two of whom your correspondent saw at V Festival circa 2005), among others, on Monday. (Justin Bieber photo by Disney/ABC Television Group.) 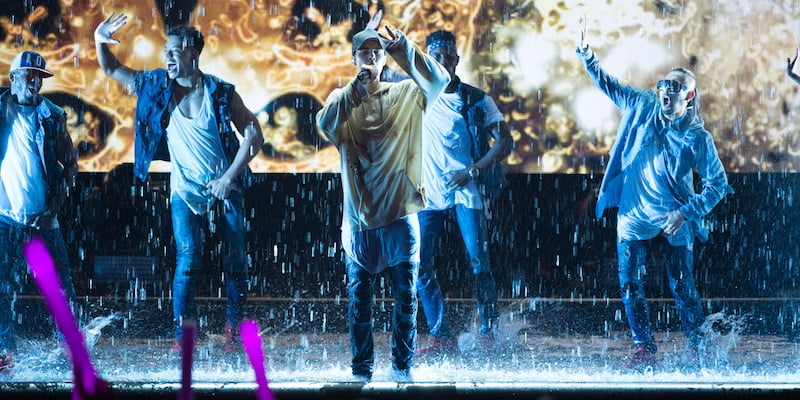 Temples, Imarhan and Stealing Sheep have joined the bill for Caught by the River Thames, a new festival for “bands and brewers, authors and artists, thinkers and drinkers” at Fulham Palace on 6 and 7 August. A joint venture between cultural collective Caught by the River and Rob Hallett’s Robomagic, the festival, headlined by Super Furry Animals and Low, will be among first to be held in the grounds of the 750-plus-year-old Fulham Palace – “an amazing coup”, Hallett told IQ in January.

Not the first, though: that honour will go to FOLD Festival in the last weekend of June when Chic’s Nile Rodgers brings his fledgling festival brand to the UK (the first FOLD – or Freak Out Let’s Dance – event took place in Riverhead, Long Island, in August 2015). Beck, Labrinth and Rudimental collaborator Anne Marie have just been confirmed as performers for the Fulham Palace event, joining previously announced acts Chic, John Newman, Alison Moyet and the Thompson Twins. 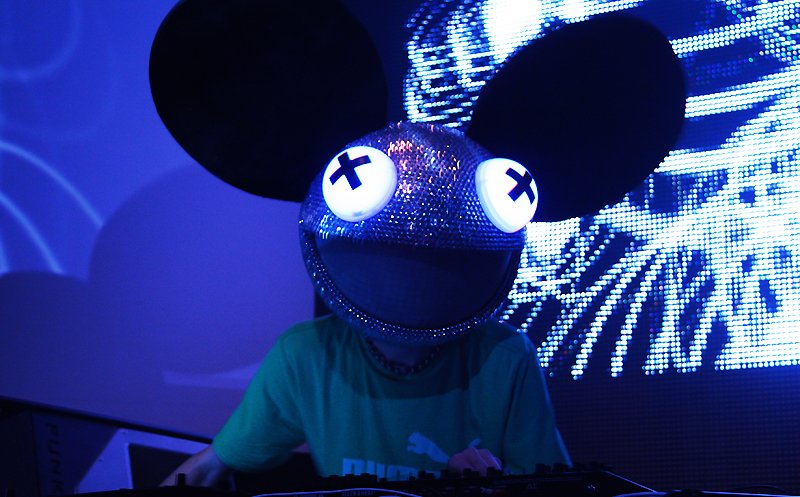 T in the Park confirmed its full line-up today, with LCD Soundsystem, The Last Shadow Puppets, Faithless, Major Lazer, Bastille, Catfish and the Bottlemen joining The Stone Roses, Disclosure, The 1975 and Courteeners for the DF Concerts festival’s apparently no-longer-in-jeopardy second year at Strathallan Castle in Perthshire.

Belgian EDM behemoth Tomorrowland – apparently immune from the well-publicised troubles of its corporate parent, SFX Entertainment – has been drip-feeding its line-up over the past few days. So far it has confirmed Eric Prydz, Deadmau5, Axwell Λ Ingrosso, Alesso and Solomun. (Deadmau5 photo by Hyunji Choi.) 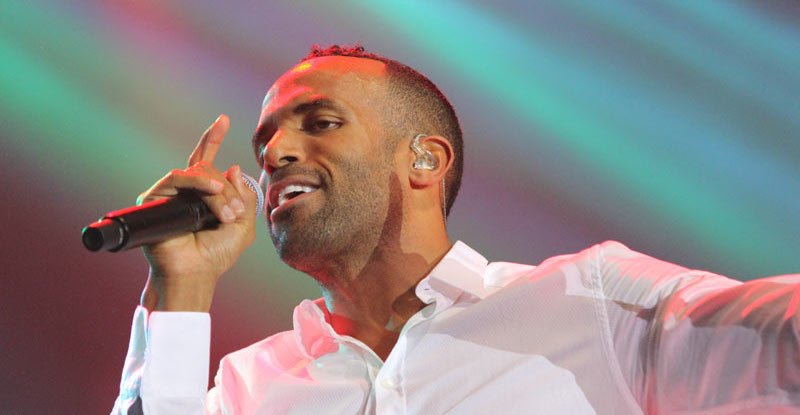 Speaking of English seaside towns, independent UK promoter Rockfeedback Concerts has confirmed that its festival By the Sea – last year headlined by Foals and Hot Chip – will return to Margate in Kent for a second time in 2016. No performers have yet been announced, but the event will once again take place at the town’s regenerated Dreamland theme park (“UK’s original pleasure park: re-imagined”). 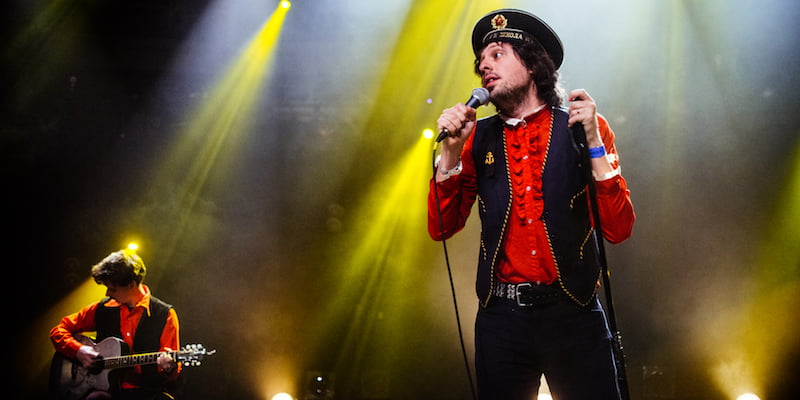 Air will also headline Secret Garden Party in July, joining Caribou and Primal Scream at this year’s ‘The Gardeners Guide to the Galaxy’-themed event. Also recently added to the line-up for long weekend of 21–24 July are Milky Chance, The Temper Trap, Submotion Orchestra, Band of Skulls and Field Music.

Caribou, meanwhile, will also be at Open’er Festival, taking place from 29 June to 2 July near the coastal city of Gdynia in northern Poland. Opene’er (the first festival to introduce wristbands, festival fact fans) added Kygo, Grimes, M83, Mac DeMarco and Kurt Vile and the Violators to its bill on Tuesday. They join a line-up that includes Red Hot Chili Peppers, Florence + The Machine (both headliners), PJ Harvey, At the Drive-In, The Last Shadow Puppets, LCD Soundsystem, Chvrches, Bastille, The 1975, Foals and Tame Impala.

And last but not least, Editors (remember them?), The Kooks (remember them?), Ash (I’ll stop), Bell X1, The Strypes, Idlewild and Hudson Taylor are among the first acts announced for Shane Dunne’s 2,000-capacity Indiependence Music & Arts Festival at Deer Farm in Mitchelstown, County Dublin, which will take place from 29 to 31 July.