The venue's operator, Fairfield (Croydon) Ltd, has reportedly accepted Croydon Council's terms and will shut it doors on 15 July 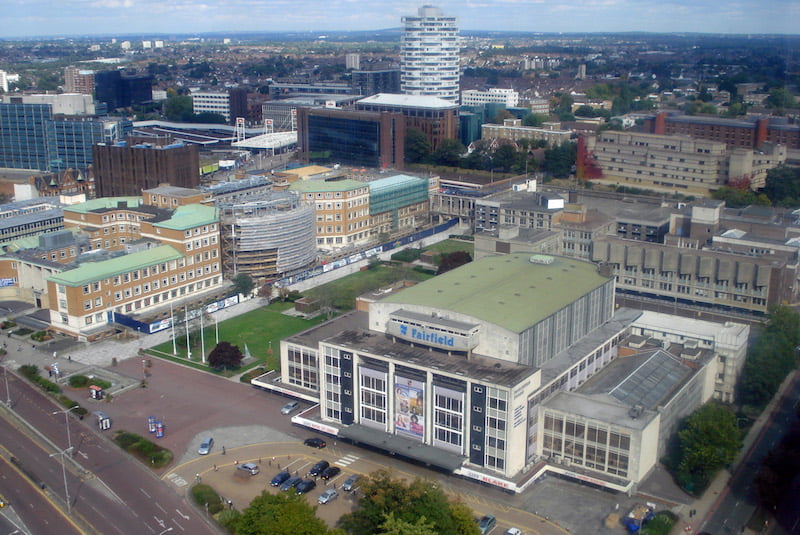 Fairfield Halls, south London’s largest arts and entertainment complex, will close for a two-year programme of refurbishment from 15 July 2016.

The Fairfield’s operator, charity Fairfield (Croydon) Ltd, had originally hoped for a phased closure – with building work completed in stages, allowing part of the venue to remain open throughout its redevelopment – but has accepted an offer from Croydon Council of around £500,000 to close for two years, reports the Croydon Advertiser.

Over 6,600 people have signed a petition calling for a phased closure. Petitioner Andy Hylton claims the council’s £30 million investment in Fairfield Halls, part of a plan to create a ‘cultural and education quarter’ in Croydon town centre, “places huge risk on Fairfield Halls NOT re-opening and carries significant financial cost to re-open and win back audiences, top quality shows and events”.

The venue currently receives an annual public subsidy of £740,000.

Upcoming shows at the Fairfield, which includes a 1,800-seat concert hall, 750-seat theatre and 500-capacity standing concert area, include The Proclaimers, Dub Pistols, Dreadzone and The X Factor winner Ben Haenow, as well as comedy by Frankie Boyle and Richard Herring and Blackeyed Theatre’s adaption of The Great Gatsby.