Insomniac's EDM festival, the largest in North America, has over the last five years matched New Jersey's daily GDP, according to its latest economic impact report 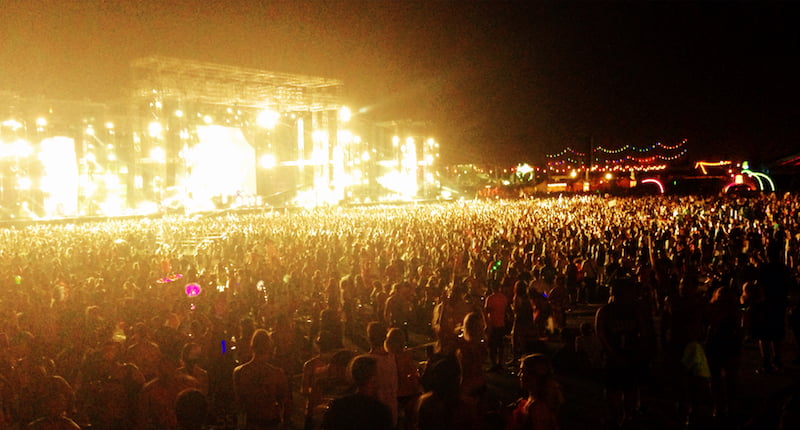 Electric Daisy Carnival (EDC) Las Vegas has generated US$1.3 billion for the local economy and attracted more than 1.7 million festivalgoers since it launched in 2011.

According to its latest economic impact report, Insomniac’s EDM event, held at the Las Vegas Motor Speedway in Clark County, boosted the county’s economy by $350.3m in 2015 alone, with over 405,000 attendees across three days from 19 to 21 June.

“It is incredible that in just five years, our Headliners [attendees] have helped us generate more than $1.3 billion back to Las Vegas, a place I call home,” says Insomniac CEO Pasquale Rotella. “I’m so grateful that I can do what I love while making a positive impact in the community.”

The report, by Beacon Economics, also reveals that the total five-year (2011–2015) economic impact of EDC Las Vegas is equal to the average daily GDP of the state of New Jersey; that the 2015 festival produced $21.9 million in state and local tax revenue (“comparable to employing 292 full-time fire and rescue staff with a $75,000 annual salary”); and in 2015 attendees’ direct spending amounted to $168.3 million, bringing the total spend over five years to $1 billion, “the cost of approximately 10,000 Model S Tesla cars”.

“Each year, EDC brings in hundreds of thousands of visitors to Las Vegas, including many who didn’t have a ticket to the festival but wanted to experience the destination during EDC week,” says Clark County Commission chairman Steve Sisolak. “From EDC to the overall entertainment appeal of Las Vegas, EDC week gives these visitors an experience that only this town can offer.”