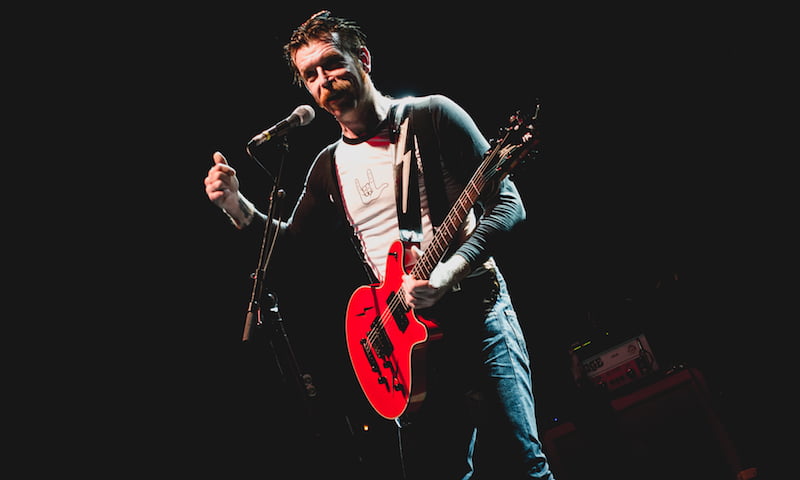 Eagles of Death Metal have cancelled the remainder of their Nos Amis European tour – itself a replacement for the tour cut short by the tragedy at the Bataclan in November – due to frontman Jesse Hughes injuring his hand.

Hughes (pictured) tore a tendon in his middle finger on the band’s return to Paris on 16 February.

According to a statement on Eagles of Death Metal’s Facebook page, Hughes “tried to play through the injury during the current tour, but doctors have advised that the only way to properly heal it is to stop playing now or risk further injury and hav[e] to cancel several weeks’ worth of shows”.

“I’m devastated that we cannot continue what has been a life-changing return to Europe,” says Hughes, “but I need to get repaired so we can continue to play rock music around this beautiful world, including coming back to Europe even stronger in the summer.”

Fans who have bought tickets for the eight remaining dates, including shows in France, Italy, Spain and Portugal, will be reimbursed.

The band will return to Europe in August, kicking off a string of shows and festival dates on 9 August at Mega Club in Katowice, Poland.