Corinne Rigaud, policy officer and programme manager of the EC’s Creative Europe Culture programme, outlines some of the plans for its future support for the music sector 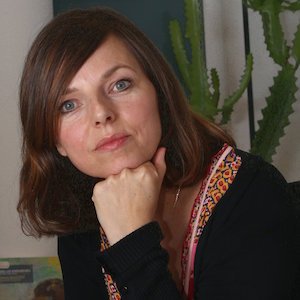 For once, I won’t have to go on too much about our funding programme, but, rather, just give you an overview of what is going on here, at the European Commission (EC) in Brussels, and more precisely at the Directorate-General for Education and Culture.

Hopefully, this will also convince you that Andy Carling was right when he wrote “The European Commission is groovier than you think…in a changing world and a faster changing music scene [EU financial support] can help secure work for those in the industry, from the top line acts to those who toil behind the bar or the backstage, and it might just keep Europe on top of the cultural map.”

Europe’s position in the world is not merely determined by its political, economic, social and geographical standing, but also by the position and strength of its cultural values. This is a simple explanation of why the EU has always supported cultural activities, even prior to the Maastricht Treaty (1992), which for the first time officially made culture an EU concern.

Article 151 provides a legal basis for the EU to encourage, support and supplement the activities of Member States, while respecting national and regional diversity, and bringing the common cultural heritage to the fore.

Europe’s position in the world is not merely determined by its political, economic, social and geographical standing, but also by the position and strength of its cultural values

Over the years, while the ‘mission’ has remained the same, tools, means, priorities and philosophy have evolved. To cut a long story short, EU support for culture moved from ad hoc initiatives to framework funding programmes, from cultural actions to cultural policy and strategy, notably with the adoption of the European Agenda for Culture, in 2007.

Despite the occasional setback, EU support for culture has proved to be an enduring success story, to the extent that today it is perceived as not only legitimate but also essential.

Still, there is a lot more to do – and so little money in terms of the share of the overall EU budget dedicated to culture. Although we’ve seen progress – the culture budget has increased from 0.03% to 0.14% today – there is room for improvement.

By broadening its scope to include the cultural and creative industries, the current Creative Europe programme has offered new funding opportunities. By implementing a new scheme designed to promote and stimulate emerging talent, Creative Europe has shown that it is not afraid of supporting what has not been tried before.

‘Remuneration’, ‘monetisation’, ‘financing creation’ may sound like technical phrases to some, but to people at the sharp end in culture these are crucial issues

In addition to its traditional mandates covering areas such as audience development, intercultural dialogue, mobility of artists and social cohesion, among others, it is clear that there is a demand for EU support to go further in terms of driving creation and empowering creators by helping them make a living. ‘Remuneration’, ‘monetisation’, ‘financing creation’ may sound like technical phrases to some, but to people at the sharp end in culture these are crucial issues, which the EC wants to put at the top of its cultural agenda to deliver concrete results.

Even if it is obvious to say that music is an important contributor to Europe’s overall economic and social objectives, the EU’s unstinting support for the music sector over the past decades was not always as visible and concrete as it is today. As I write these words, the EC – with the full support and cooperation of the European Parliament – is proposing to initiate specific actions and to reflect further on how to refine and redefine EU support for the music sector.

The music industry is going through a period of rethinking itself too and the EU needs to be ready to respond effectively.

There is an increasing need to mobilise the music sector, as well as policymakers, to face the new challenges in the sector and explore new opportunities

There is an increasing need to mobilise the sector as well as policymakers to face the new challenges in the sector and explore new opportunities. The European Commission is ready to facilitate this discussion and to be a part of it.

To get a better understanding of the new music industry ecosystem, the EC has opened dialogue with representatives of the music industry to identify and fine-tune the possibilities for action in the short- and medium-term. This discussion will take place in informal working groups. Some policy orientations could also be shaped in parallel with the EC’s work on the digital single market package. The proposals of the working groups will feed into the 2017 Creative Europe work programme, as well as to the conclusions of the mid-term review of the programme.

Finally, setting up these working groups should be seen as the first stage of the European Music Forum to be held at MIDEM in Cannes, France, in June 2016.