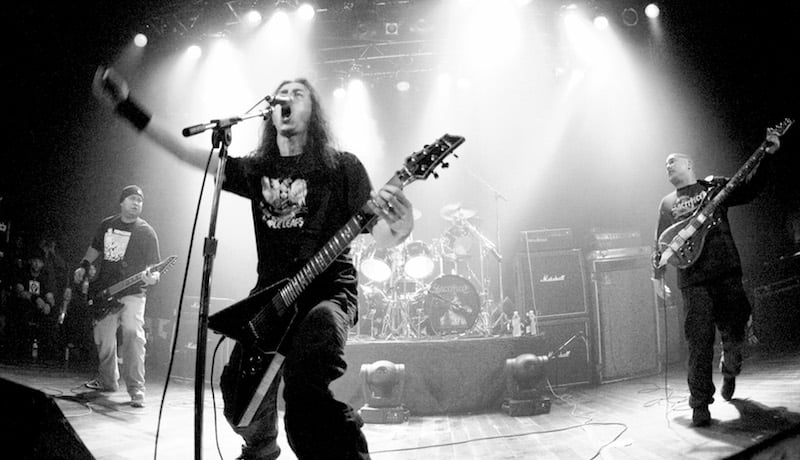 Inertia founder Noel Peters has brought some of the biggest metal bands in the world to Toronto since the company’s founding in 1996, including Sepultura, Cannibal Corpse, Mastodon, Trivium, Machine Head and Ghost.

Joining Toronto legends Sacrifice (pictured) at the 20th anniversary gig will be Chicago band Macabre and black metal acts Goatwhore and Panzerfaust, all of whom were hand-picked by Peters.

Yesterday Peters spoke to Chris Pappas of Ticketfly, of which Inertia is a client, about promoting before the internet, his career highlights so far and what’s in store for the next 20 years. Read the interview here.

Ticketfly added 48 new venues and promoters to its Canadian roster last month with the acquisition of Toronto-based TicketBreak.