Adele dominates the Brits with most wins in 21 years

The singer who saved the music industry took home four awards, including British female artist and British album of the year, from The O2 last night 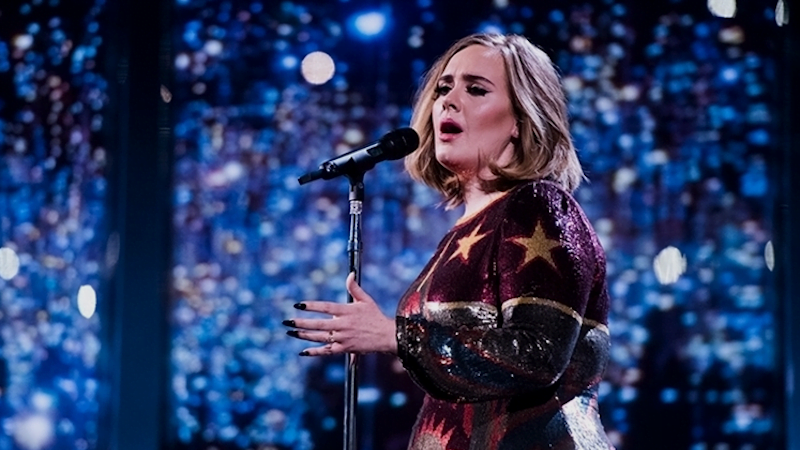 Adele dominated last night’s Brit Awards at The O2 in London, taking home four prizes, including the awards for best British female artist and British album of the year – the most wins for an individual act since Blur’s four in 1995.

She later closed the awards with a rendition ‘When We Were Young’ from her quintuple-platinum-selling third album, 25.

Coldplay kicked off the show, taking to a neon-lit stage for a performance of ‘Hymn for the Weekend’ which ended with them and the audience being showered in tropical flowers. They returned to the stage later to collect the award for best British group from actor Simon Pegg, making them the most successful group in this category in Brit history, having won in 2001, 2003 and 2012.

Other performers included Rihanna, who was joined by Drake to play live for the first time her new single, ‘Work’; Justin Bieber, who performed №1 singles ‘Love Yourself’ and ‘Sorry’ (the former with James Bay); Jess Glynne, who was joined on stage for a medley of ‘Ain’t Got Far to Go’, ‘Hold My Hand’ and ‘Don’t Be So Hard on Yourself’ by a troupe of street dancers; and Brits debutante The Weeknd, who played top-ten hit ‘The Hills’.

David Bowie was posthumously honoured with the Brits Icon Award (joining Elton John as one of only two recipients). Following the presentation of the prize, by Annie Lennox and friend Gary Oldman, Bowie’s final touring band performed a tribute which incoporated some of his biggest hits, including ‘Rebel Rebel’, ‘Fame’ and ‘Under Pressure’, with a guest appearance by Lorde for ‘Life on Mars’.

Bieber and Bay both won awards: Bieber best international male, which was presented by Major Lazer, and Bay best British male solo artist, presented by Kylie Minogue. Bay was later joined on stage by a quartet of gospel singers for a well-received performance of ‘Hold Back the River’.

Supermodel Jourdan Dunn and Superman himself, Henry Cavill, presented Tame Impala with the award for best international group, while Catfish and the Bottlemen won British breakthrough act, which was this year determined by a social vote on Twitter and a public vote on BBC Radio 1 and www.brits.co.uk.

The Brits show was for the third time streamed on YouTube across the world (excluding the UK and Republic of Ireland), with performances available exclusively on Google Play Music free of charge shortly after the show. Google Play Music will make a donation to charities Nordoff Robbins and The Brit Trust for every song downloaded or streamed.