Over 2,000 people support the owners of Downstairs at the Malt Mill and Krakatoa as they seek to safeguard their venues from noise complaints 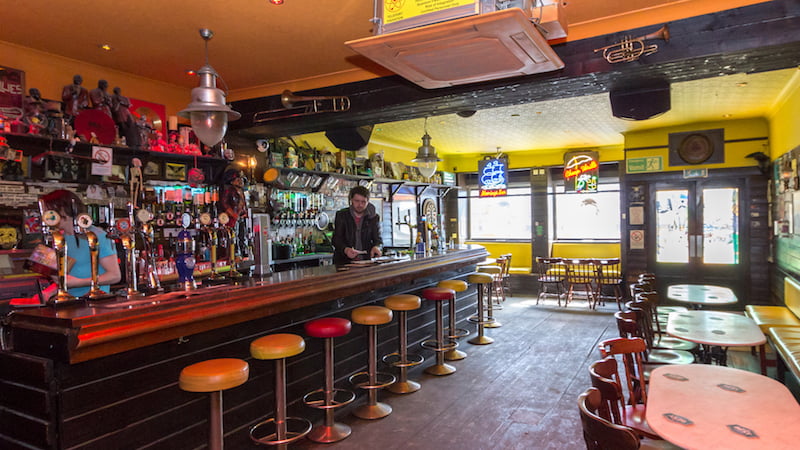 The owners of two of Aberdeen’s most popular music venues, Downstairs and Krakatoa, have written to the city council to ask for protection under the ‘agent-of-change principle’ of the city’s live music venues.

The agent-of-change principle, advocated by the Music Venue Trust, ensures that the business or person responsible for any change in the area surrounding a music venue would be responsible for managing the impact – for example, housing developers paying for the soundproofing of existing venues in order to prevent noise complaints. (The same would also apply to a new music venue opening in a residential area.)

Last week the 150-capacity Downstairs, located underneath the Malt Mill on Holburn Street, was issued with a noise-abatement notice by Aberdeen City Council following a complaint by a local resident. The council found that the sound escaping the venue was too loud and issued Downstairs with the notice for causing a “statutory nuisance”. The venue must also install soundproofing measures at its own cost.

“The resident has complained, and sadly the law says that it’s our problem, not theirs,” Gav Bassett, co-manager of the venue, told The Press and Journal. “It’s going to cost us at least two weeks of trade, which in January is not ideal.”

As a consequence, and following a number of similar orders issued by the council, Bassett and co-manager David McGhie and 200-capacity Krakatoa’s Craig Adams are petitioning Aberdeen City Council and its planning and environmental health departments to implement agent of change at a local level.

“In 2015 there were about 60 complaints related to entertainment noise, and only two abatement notices were served due to music noise levels causing a statutory nuisance,” says a spokeswoman for Aberdeen City Council. “In this particular instance, [Downstairs] agreed to carry out work which will reduce the noise nuisance for its neighbours and allow it to continue to be a live music venue.

“Aberdeen City Council welcomes live music in the city as it adds to the vibrant and varied social scene, and we support live music at events such as the Hogmanay celebrations, Sound Festival, the Jazz Festival and Celebrate Aberdeen.