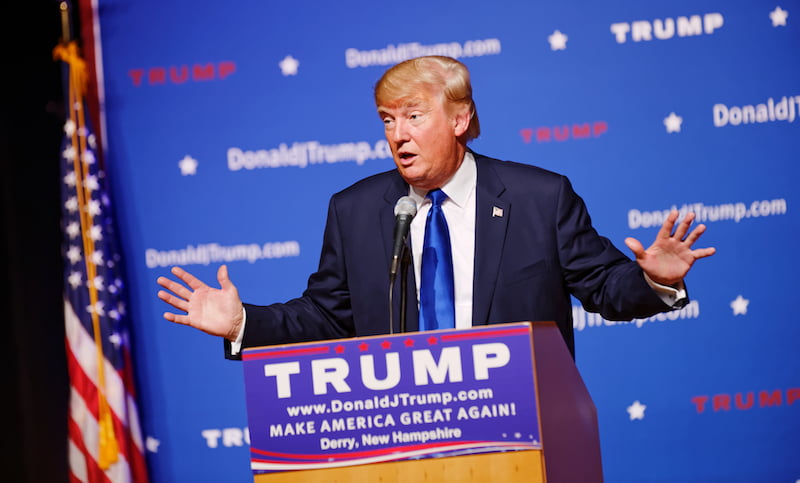 The city’s chief of police, Brandon del Pozo, says he has been told by organisers of the rally to expect “about 6,500” people to show up at the theatre – over four-and-a-half times more visitors than there are seats. The Trump campaign distributed the tickets itself via Eventbrite, and as of 12.30 GMT on 7 Jan they are still available.

Del Pozo told the Burlington Free Press the Burlington Police Department is loath to cancel the appearance because Trump is a politician and “political speech is the very essence of the First Amendment [of the US constitution]”. Different rules apply for jam bands, however: “If Phish was holding a free concert at the Flynn and gave away 20,000 free tickets, we would cancel the event out of public safety concerns,” said del Pozo.

“Vermonters value the First Amendment and robust political debate,” said the city’s mayor, Miro Weinberger, in a statement released yesterday evening (6 January). “In that spirit, I welcome Donald Trump and his presidential campaign to Burlington tomorrow.

“I am concerned, however, that the dramatic over-ticketing of the rally could mar Mr Trump’s visit. Since learning the facts of the ticketing situation late [on] Tuesday, we have repeatedly expressed concern and encouraged the campaign to take steps to better manage the event. There is still time for the campaign to communicate with the thousands of ticketholders to reduce the possibility of inconvenience or a public safety risk for attendees tomorrow night. I urge the Trump campaign to take responsible steps to ensure the event proceeds smoothly and without incident.”

Weinberger – a Democrat – told the Burlington Free Press: “[The Trump campaign’s] attitude is [that] what happens outside the venue is someone else’s responsibility. “It’s not the way I would treat […] people coming to an event of mine.”

Brian Lowe, Weinberger’s chief of staff, says Burlington will send Trump a bill for “extra labour for city public-safety employees”. (The last time it tried to do something similar, however, during the 2012 Barack Obama campaign, the president never paid.)