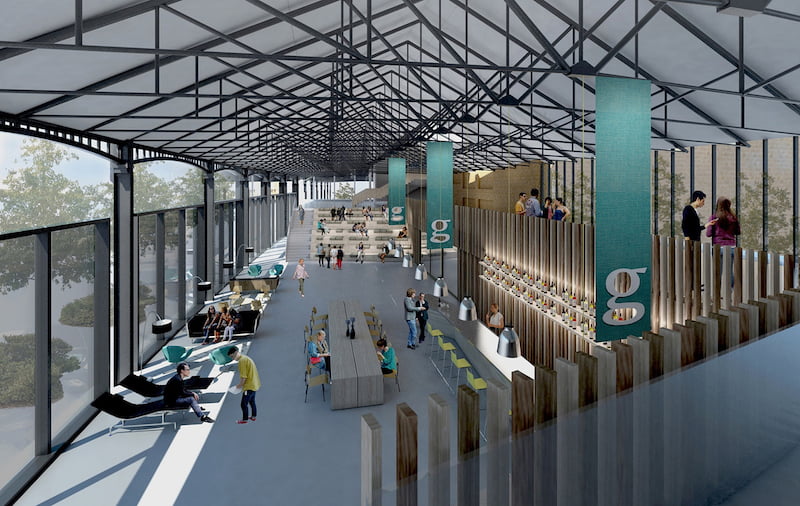 British newspaper The Guardian is considering abandoning its plans for a multimillion-pound live events space for “debate, culture and curiosity” in central London in the face of an expected annual loss of over £40million.

The 800-capacity Midland Goods Shed – located, appropriately enough, in a derelict goods shed formerly owned by the Midland Railway near King’s Cross station – was announced in September 2014 as an open amphitheatre for hosting festivals, acoustic gigs and debate. It would also have included a restaurant, a cinema, a coffee shop, a 3D printing/fabrication lab, a rooftop garden, art galleries and “a dozen atmospheric spaces hosting events in everything from photojournalism to ceramics, from breaking news to works of fiction”.

According to The Telegraph, The Guardian asked the owner of the Midland Goods Shed, property developer Argent, for a moratorium on work at the building to “allow it to review options including handing back the keys”. Argent has reportedly agreed to a delay of 10 weeks while the newspaper’s new editor, Kath Viner, and the new chief executive of the Guardian Media Group, David Pemsel, review spending planned by their predecessors.

The shell of the venue, which was due to open this year, is already built.

The Guardian was hit heavily in 2015 by a sharp decline in newspaper advertising revenues which affected the entire UK press. It has also been spending heavily to drive online expansion into the US and Australia.