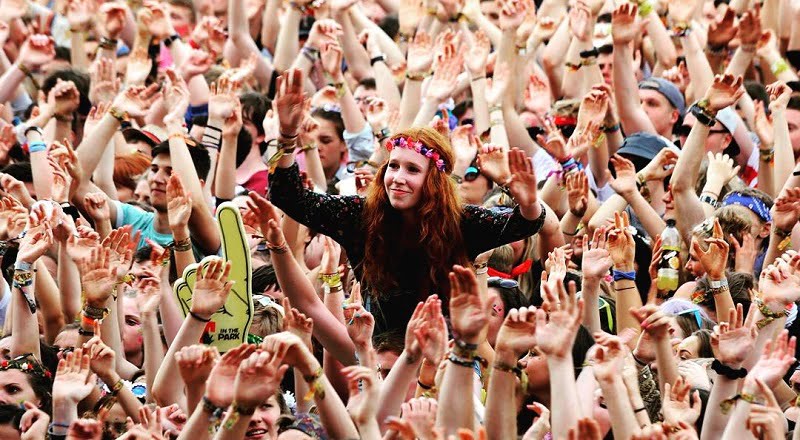 The future of T in the Park is in jeopardy “until [promoter] DF can demonstrate their capability to effectively manage this event in future”, according to a dossier prepared by Perth and Kinross Council.

The council’s environment director, Barbara Renton, warns DF Concerts, which also operates the King Tut’s music venue in Glasgow, that “council staff will need substantial reassurances and evidence from DF that detailed plans will be prepared on time and the event will be delivered more effectively” before the the 2016 festival will be allowed to go ahead. Thousands of tickets have already been sold for T in the Park (TITP) 2016, scheduled to take place on 8 to 10 July, whose lineup so far consists of The Stone Roses, Disclosure, The 1975 and The Courteeners.

The 2015 event, its first at Strathallan Castle in Perthshire, was controversial from the outset, with resistance to the move from its previous site, in Balado, Kinross-shire, from concerned locals worried about the festival’s impact on the grounds and the risk to wildlife, in particular a pair of nesting ospreys. The festival itself was criticised for its traffic congestion – it took many attendees nine hours to leave the site – failings on crowd control and security and repeated breaches of planning permission.

The dossier, seen by The Scotsman, also reveals that Police Scotland noted a “significant increase” in violent incidents.

The row turned political when it emerged, after the event, that DF/TITP had been given a grant of £150,000 by the Scottish government. “At a time when the SNP government is slashing the budget for local services, people will find it difficult to understand how such a successful company needs an extra £150,000 from the taxpayer,” said Motherwell and Wishaw MP John Pentland.

The Perth and Kinross Council report says confidence in DF Concerts had been “undermined” by the chaos of 2015.

“Officers had a high degree of confidence in DF Concerts and expected that organisers could manage fundamental event requirements such as stewarding and signage,” says Renton. “This confidence has been undermined following management of TITP 2015. There [needs] to be a recalibration of the relationship with DF Concerts.”

T in the Park overhauled its management team last week with the appointment of Colin Brown and Ian Martin as security manager and traffic manager, respectively. Brown was formerly Police Scotland’s superintendent for emergency, event and resilience planning for the north region, and for several years led the police operation in planning for TITP. Martin, meanwhile, has worked on the road planning for the festival since its first year at Balado.

Management of the site has been handed over to APL Event – responsible for Bestival, Glastonbury, Download, Creamfields and Rockness – which will “oversee the necessary alterations to improve the onsite experience”.

In a statement released earlier this week, T in the Park said: “We have worked with Perth and Kinross Council for the last 20 years to deliver T in the Park. We’re incredibly disappointed that, for the first time, we did not achieve the high standards of event management and customer service that we have set for ourselves and which the council and our customers have, quite rightly, come to expect. We note all points of Perth and Kinross Council’s report as published and remain focused on implementing key changes for 2016. We will not be disappointing ourselves, Perth and Kinross Council, the local community and especially our fans in 2016, and, in truth, we look forward to being able to demonstrate that.

“[The appointment of APL Event, Colin Brown and Ian Martin] are just the first examples of the important changes that both Perth and Kinross Council and our valued audience can expect for 2016. We’re entirely focused on delivering a fun, safe and successful festival that reminds everyone why T in the Park became Scotland’s favourite music festival in the first place.”

T in the Park, Scotland’s biggest and most successful music festival, took place at a disused airfield in Balado, Kinross-shire, from 1994–2014, when safety concerns were expressed about the Forties gas pipeline which runs directly underneath the festival site. It was named best festival at the 2005 UK Festival Awards and international festival of the year at the 2012 Pollstar Awards in Los Angeles.