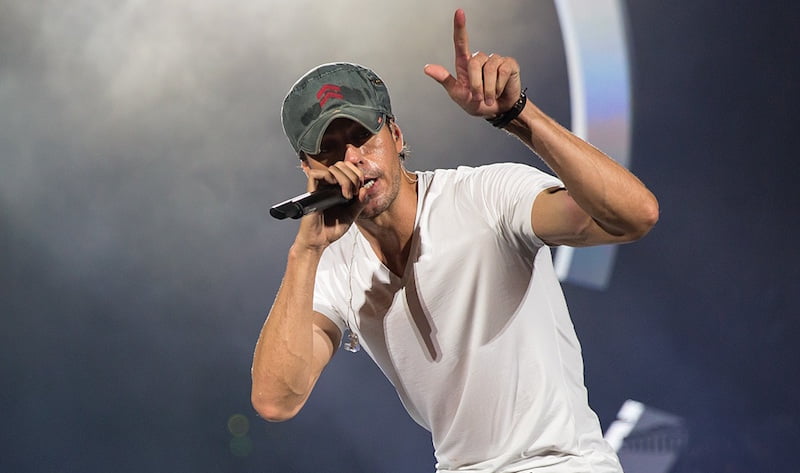 Enrique Iglesias performs in Austin, Texas, on the Sex and Love tour

The mayor of Colombo is suing Live Events (Pvt) Ltd, the promoter of Enrique Iglesias’s recent performance in the Sri Lankan capital, for an estimated 30m rupees (US$209,000) in unpaid tax.

AJM Muzammil told AFP that Live Events, owned by cricket stars Kumar Sangakkara and Mahela Jayawardene, evaded local entertainment taxes by selling ‘invitations’ to the event. The mayor also alleges that more tickets were sold than than those disclosed to city authorities.

A spokesman for Live Events told IQ it is “not in a position to comment at this point”.

The 20 December concert at the Longden Place stadium, part of the Spanish singer’s Sex and Love tour, caused considerable controversy in Sri Lanka. The country’s president, Maithripala Sirisena, reasonably suggested that Sangakkara and Jayawardene be “beaten with toxic stingray tails” after hearing reports of female concertgoers engaging in “uncivilised behaviour that goes against our culture”: that is, the age-old tradition of throwing their underwear on stage.

The event was also blighted by logistical problems, with a late start time and inadequate security and crowd-control measures (the VIP area reportedly became anything but).

Sangakkara issued an apology on his Facebook page, in which he apologised for the gig falling “far short of expectations” and promised a “suitable refund, irrespective of the financial loss to us”. With regards to the alleged tax evasion, he also stated that “the company remains transparent and ethical in all operations”.