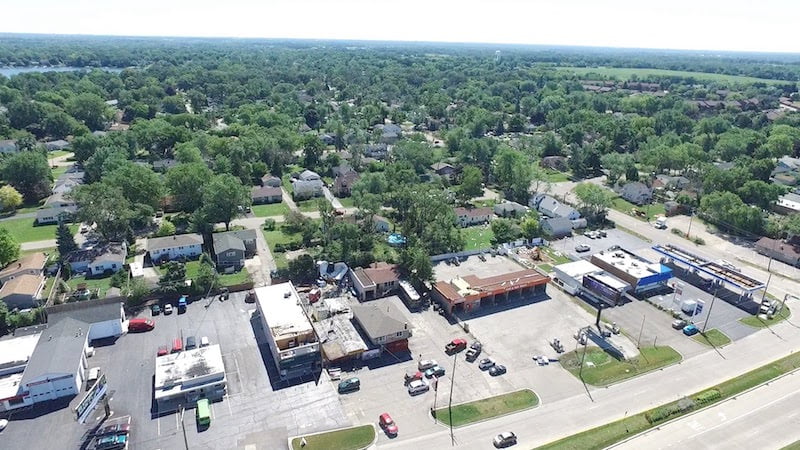 Property damage in Wildwood, Illinois, caused by the storm which hit Prairie Fest

The death of one festivalgoer and the injuring of nearly two dozen more at a suburban festival near Chicago could have been prevented had the festival site been evacuated by police ahead of a major storm.

Thirty-five-year-old Steven Nincic was killed when a tent collapsed at Prairie Fest in Wood Dale, Illinois, on 2 August 2015.

According to police communications obtained by the Chicago Tribune, Wood Dale Police Department was aware of the storm but decided against evacuating attendees to a nearby school, with which it had a “tentative agreement” to use the building for shelter.

A lawsuit on behalf of the victims – which also included an 81-year-old woman, Lorraine Nocek, whose family claim later died of her injuries – states that the festival’s organisers shouldn’t have gathered visitors together under a poorly secured tent in the storm.

The tent was supplied by a firm called Classic Party Rentals.

Prairie Fest is organised by the office of the manager of the city of Wood Dale and a committee of officials, although the city is not a defender in the lawsuit.