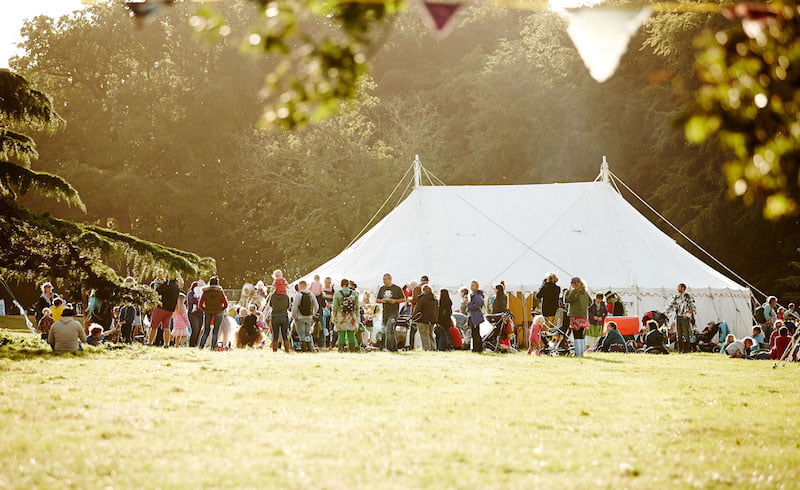 The bookshop at Just So Festival 2014

The Northern Festivals Network, a consortium of festivals in northern England led by Just So Festival producer Wild Rumpus, has secured £179,500 in funding from Arts Council England.

The three-year grant, says Wild Rumpus, will be used to fund “spellbinding arts programming for family audiences and build a resilient sector with increased collaboration between artists, venues and festivals until 2018”.

In addition to Just So, the Northern Festivals Network includes Cloudspotting, Festival №6, Fire in the Mountain, Kendal Calling, Ramsbottom Festival and Underneath the Stars.

The grant is part of the Arts Council’s strategic touring programme fund, which invests in arts events in “areas where people have low engagement with the arts” and “those that rely on touring for much of their arts provision”.

Alison Clark, Art Council England’s director, north and combined arts, says: “Greenfield festivals are an important and growing aspect of the way that we access the arts. I’m delighted that the Northern Festivals Network, led by Wild Rumpus, has been awarded strategic touring funding to increase the amount of high-quality work touring to greenfield festivals across the north of England.

“Its emphasis on engaging new audiences and developing partnerships with international artists and festivals will significantly strengthen the opportunities for families to enjoy arts and culture.”

Wild Rumpus director Sarah Bird adds: “It’s brilliant news that we’ve received continued funding from Arts Council England for the Northern Festivals Network, giving us the opportunity to carry on working together, programming great artists and companies and helping families to step outside their day-to-day lives and immerse themselves in the arts.”