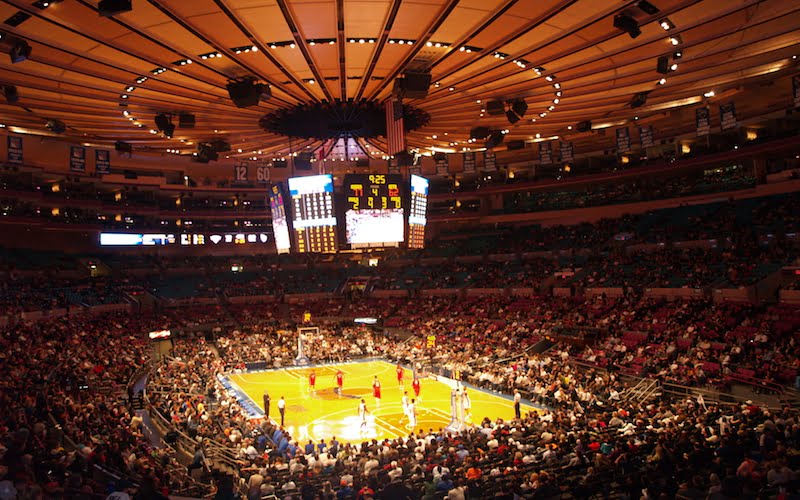 The Knicks play at Madison Square Garden on 17 October 2009

Madison Square Garden (MSG) has fired a senior vice-president of ticket sales and a number of sales executives after they were caught reselling tickets for sporting events for a profit.

Adam Campbell and “about half a dozen” sales executives were buying tickets for New York Knicks basketball and New York Rangers ice-hockey matches for face value and touting them on StubHub, reports the New York Post. The tickets reportedly came from a pool of face-value tickets held by sports teams for group sales.

A source told the Post that Campbell may not have been scalping tickets himself “but should have had better control of his staff”.

In a statement to the Post, an MSG spokesman said: “It was uncovered through an internal investigation that a small handful of employees were breaking company policies, and, as a result, they were relieved of their responsibilities. As this is an employee matter, MSG will have no additional comment.”

MSG employees are usually required to have permission from their supervisor in writing before buying tickets to events at the New York arena.

In 1996, a six-month investigation into a previous MSG reselling scandal led to the firing of five ticket-office employees.