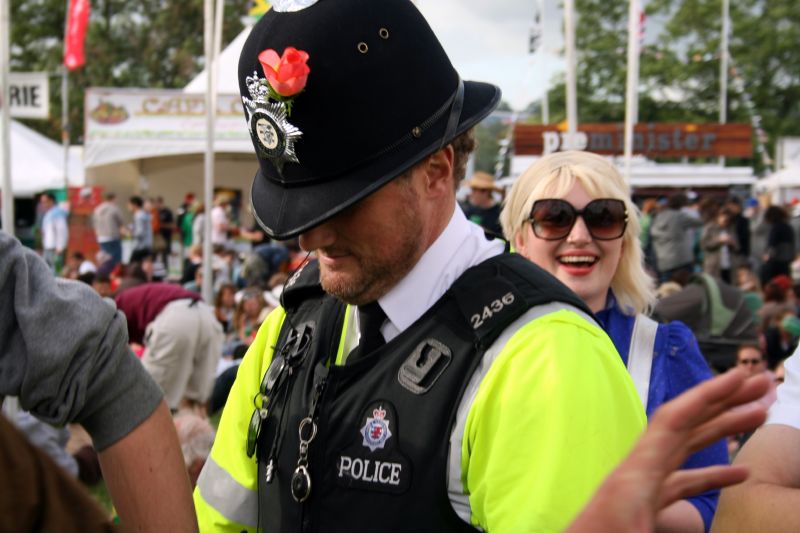 The quantities of drugs seized at Glastonbury Festival have fallen dramatically over the last five years, with 54 arrests at last year’s event compared to 125 in 2010.

Confiscations by police of cannabis and LSD were both down: 1,639g of the former was seized in 2015 compared to 7,600g five years ago, and not a single dose of the latter was found last year (it was 80 in 2010). The only rise in discoveries has been of ecstasy, with the club drug enjoying an eye-watering 2,100 per cent increase in seizures, from 40 pills in 2010 to 880 in 2015, according to a Freedom of Information request seen by the Bristol Post.

There were around 50 policemen, many on horseback, patrolling the festival last year.

Avon and Somerset Constabulary was, however, concerned about the proliferation of new legal highs, of which “there would be an ample supply” at the festival

Avon and Somerset Constabulary’s operation brief for Glastonbury, also obtained under the Freedom of Information request, revealed that the police force was, however, concerned about the proliferation of new legal highs, of which “there would be an ample supply” at the festival. It also told officers to police in a “relaxed style” with a “friendly manner”.

“The police style will be consistent with the force values and absolutely reflect the notion of policing by consent,” said the brief. “Staff should readily engage with the public and take time to talk and listen recognising the diverse nature of those attending or impacted by the festival.

“While experience informs us that policing in a more relaxed style is fundamental to good engagement at the festival, we should always maintain our professionalism and integrity.”

Adele is the favourite to highlight this year’s festival. AC/DC, Taylor Swift and the newly reunited LCD Soundsystem are also rumoured to be in the running.

UK govt savaged in parliament over Brexit ‘no deal’ for music