Bowie’s Glass Spider crawls out of its hole

It wasn't burnt and it wasn't buried: The 18-metre-tall, 360-ton spider set from David Bowie's least loved tour has been located at last 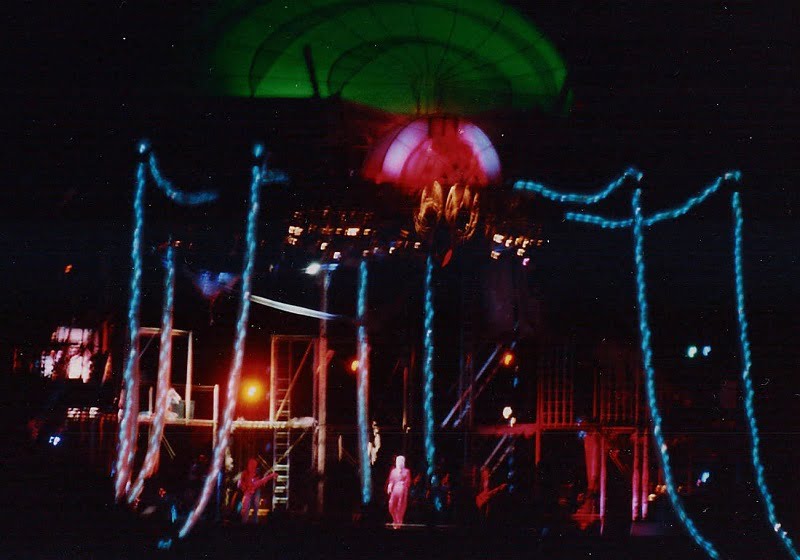 The Glass Spider Tour at Rock am Ring 1987

David Bowie claimed he’d “put the thing in a field and set light to it”.

But the whereabouts of the giant spider set which formed the centrepiece of Bowie’s much-maligned 1987 world tour of the same name have been revealed as being in a warehouse in west Auckland.

The Glass Spider Tour came to an end at Western Springs Stadium in Auckland, New Zealand, on 28 November 1987. Contrary to the official line (and another urban myth which states it was buried in a hole near Auckland Airport), the 18m-tall set – 360 tons of scaffolding and lights – was purchased by New Zealand promoter and tour manager Peter Grumley.

“Most of it went to the tip,” Grumley told Stuff.co.nz. “The people involved in the tour were old friends of mine and asked me if I wanted a pile of junk and gear in my warehouse.

“It took a long time to sift through it and dump it. It probably cost me more money than I ever made from selling it for scrap.”

He still has parts of the spider in his warehouse, including a pair of 4m-long aluminium staircases.

Forty-three trucks were needed to transport the set from show to show on the 86-date world tour, at an estimated cost of US$1m per week. “I was under stress every single day,” Bowie told Q in 1989. “It was so big and so unwieldy and everybody had a problem all the time, every day, and I was under so much pressure. It was unbelievable.”

Although poorly received at the time, the Glass Spider Tour grossed $86m worldwide – roughly $180m in 2015, adjusted for inflation.

Grumley says he didn’t reveal the fate of the spider because “in those days, there was probably a degree of something illegal with them dumping it in my warehouse, possibly something to do with duties and sales tax on it.

“We would not have made much noise about it at all.”