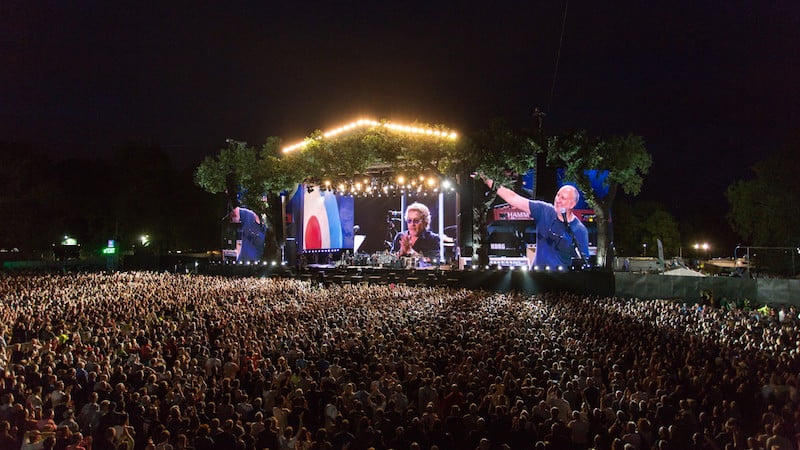 The Who perform at British Summer Time Hyde Park 2015

British Summer Time has been granted an extension to stay in Hyde Park until 2019.

“As we enter our fourth year, the quality of artists wanting to play is now testament to the hard work put in by everybody”

The use of Hyde Park as a venue for rock concerts and festivals has not been without controversy – something which may have influenced Live Nation’s decision not to bid for a new contract for the park in 2013.

Local residents are often critical of what they see as excessive noise leakage – something tempered in recent years by Martin Audio’s MLA sound system, deployed by BST sound company Capital Sound, which allows for sound levels of 100dB(A) in the park but well under the 75dB(A) threshold outside it – and there is a strict curfew for all performers. (Even if you’re Paul McCartney and Bruce Springsteen).

AEG Live senior vice-president Jim King says: “We set out with the most ambitious plan we possibly could, and wanted to translate the ‘best-in-class’ philosophy that our company had delivered at indoor venues like The O2 into the outdoor environment for the first time.

“As we enter our fourth year, the quality of artists wanting to play is now testament to the hard work put in by everybody. It has been a pleasure and privilege working in harmony with The Royal Parks, Hyde Park stakeholder groups and residents, Barclaycard and the artists to deliver spectacular and memorable summer days and nights for London.”

Take That, Mumford & Sons and Florence + the Machine with Kendrick Lamar will headline the 2016 event.