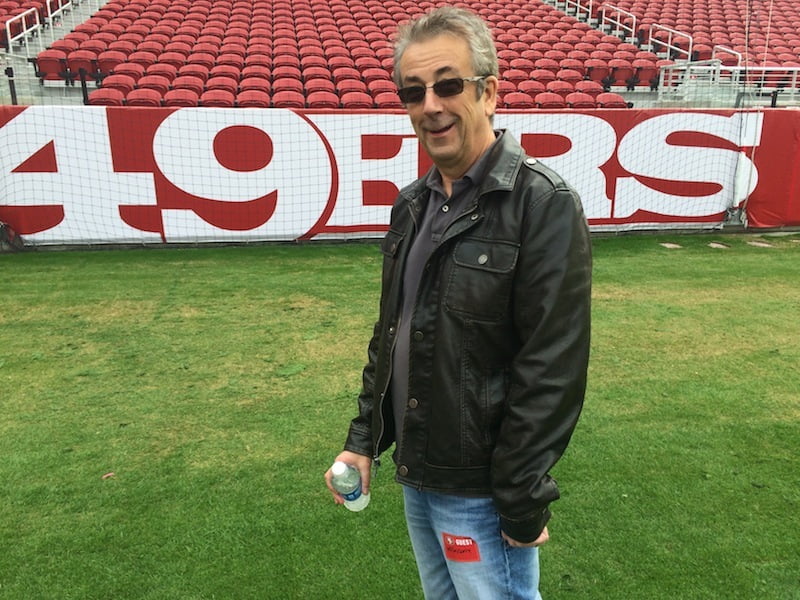 Having just wrapped the biggest artist tour of the year – Taylor Swift’s 1989 – it’s fitting that veteran production manager Arthur Kemish is the recipient of this year’s Gaffer Award. Gordon Masson caught up with Arthur between tour dates…

As one of the very few production managers who can take on a global stadium tour, Arthur Kemish is at the top of his game. With more than 40 years in live music, Arthur is one of the most experienced production managers in the business but like many of his Gaffer Award predecessors, he confesses that luck played a significant part in his career path. “Working on tours is the only thing I’ve ever known – it’s been my life and I love it,” he says.

“The main difference with the new people coming into production is that they are a lot smarter than we ever were. But they have to be because of the high-tech gear they have to work with. They have to fix the lights or the desk on the fly a lot of the time and it’s not a problem for them. So they aspire to the job, whereas we just stumbled into it.”

Working with a crew of tech-savvy professionals has been crucial to the Taylor Swift tour, which came to its eight month conclusion in Melbourne on 12 December. Talking to IQ from his second home in Maui, just prior to that final Australian leg, Arthur revealed one of the main secrets to the success of the production.

“Usually the hardest thing you have to do on tour is when you switch between arenas and stadiums – which is exactly what we’ve been doing on 1989,” he reports. “But for this tour we put in a sub-deck and then built on that, so essentially we can put on the same show no matter what size of arena or stadium we are in. Stageco builds the sub-deck, which is about a metre high and then we just put Taylor’s stage on top of that. The first time I remember seeing it done was in the 1980s on a Mötley Crüe tour with Jake Berry as production manager. It’s not new, but it’s very smart.”

Click here to read the rest of this feature online: